On September 21, 2015, Flor along with Canadian nationals Robert Hall, John Ridsdel and Norwegian resort manager Kjartan Sekkingstad were taken from yachts at a marina off Davao del Norte. Due to failure to pay the P300-million ransom for each captive, the bandit group had separately beheaded Ridsdel and Hall. 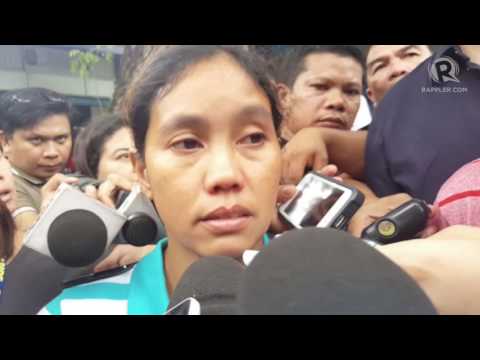 While Flor has been released by the Abu Sayyaf group under Mujer Yadah, Sekkingstad is still being kept captive. A source by the Philippine star claimed the group apparently received P20 million for the release of Flor.

In her interview with ABS-CBN News, Flor thanked law enforcers who helped in securing her freedom from the Abu Sayyaf after being held captive for 9 months.

(I’m here now and even if my fiancé is already gone, at least I was released alive.)

According to Flor, the Abu Sayyaf group treated them like dogs during the time she was held captive. She revealed that she was slapped in two different instances while the other captives were beaten.

Incoming peace process adviser Jesus Dureza said Flor’s release was an act of goodwill because the group knew that incoming President Rodrigo Duterte “wanted badly the release of the hostages”.

A Filipino Islamist militant group based in Jolo and Basilan islands in the Philippines,  the Abu Sayyaf has carried out kidnappings, bombings, extortion and assassinations in their apparent fight for an independent Islamic province in the Philippines. However, the group is also involved in various criminal activities making the goals of the group appear to have changed from an ideological intent to criminal objectives.