After the surname wars early this year, Far Eastern University starts another war. This time, we could rightly call it the hilarious bra debate – for they are debating about bras! LOL I didn’t know bras were so perplexing and interesting until I came across this funny comment war.

It all began when the page FEU Secret Files (the same page that started the surname wars) posted this question: 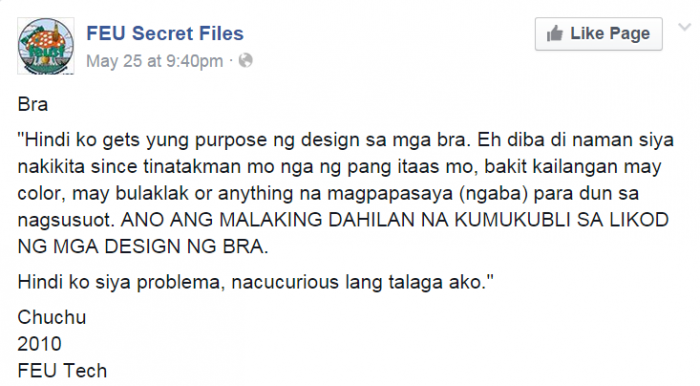 Who would have thought that a seemingly innocent question would take on its own wings and become viral as hundreds of people began commenting their answers or, in some cases, woes about their own bra experience (such as being flat-chested and not being able to use the beautiful bras being debated about).

The following screenshots show the hilarious replies to the post by FEU Secret Files.

Some of the answers actually addressed the problem head-on, such as the top comment but there are those that pose more questions which could spark a spin-off debate. Just take a look at the comment boxed in red below: 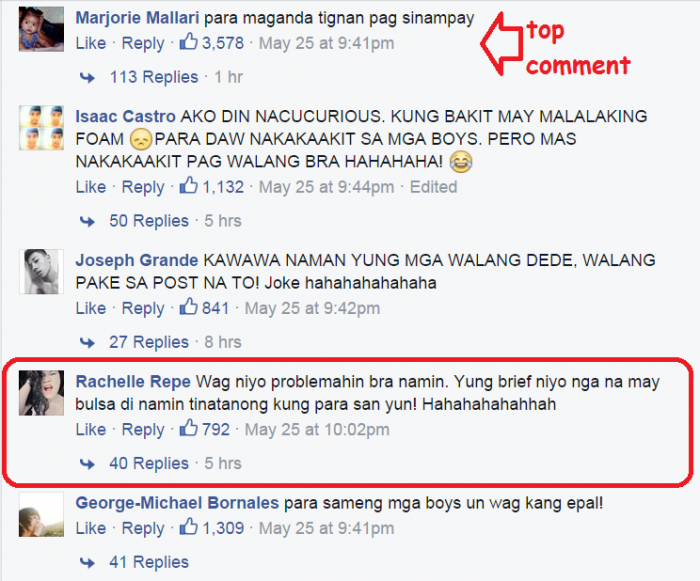 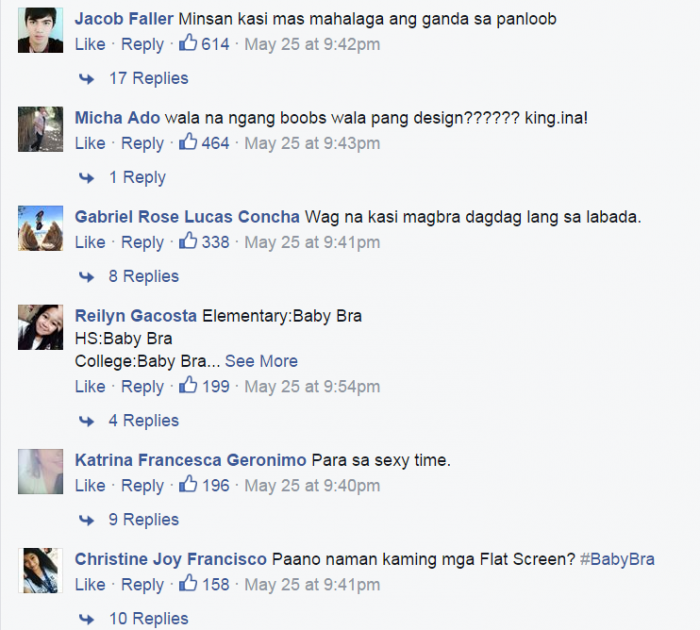 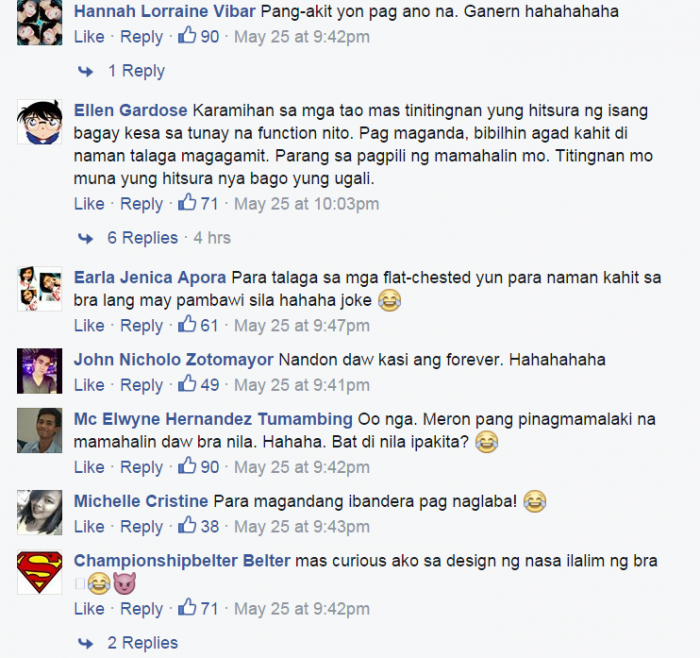 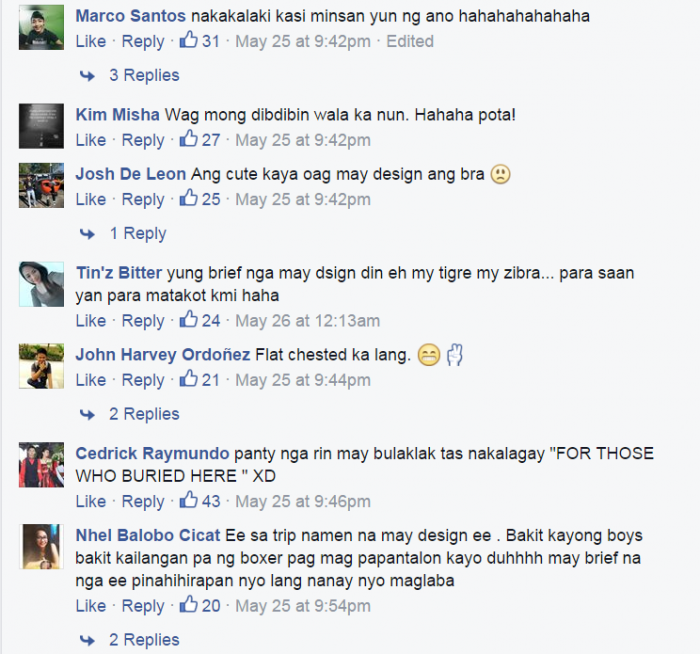 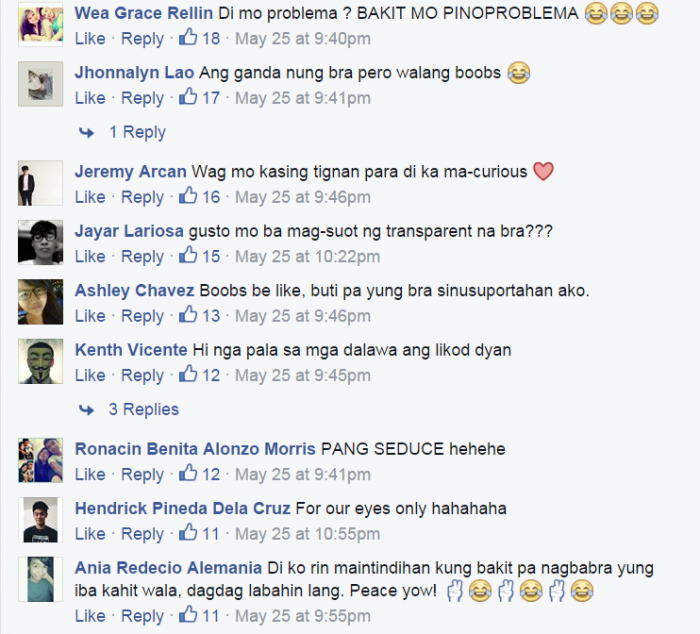 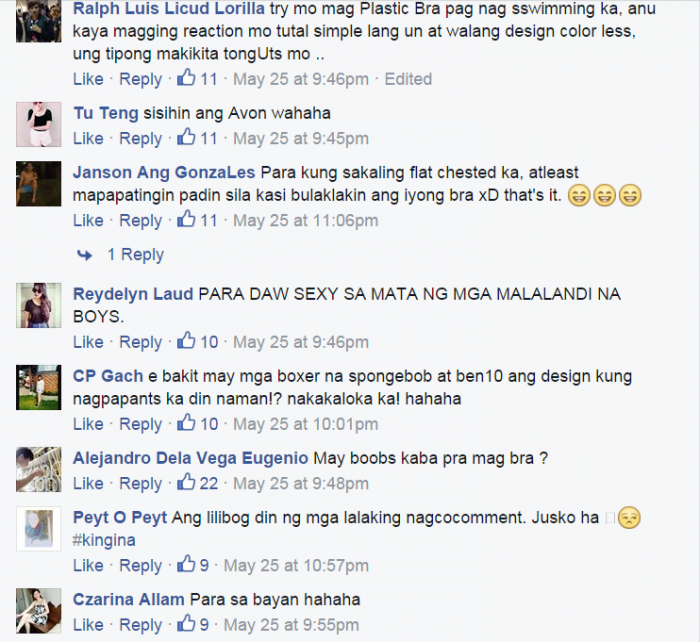 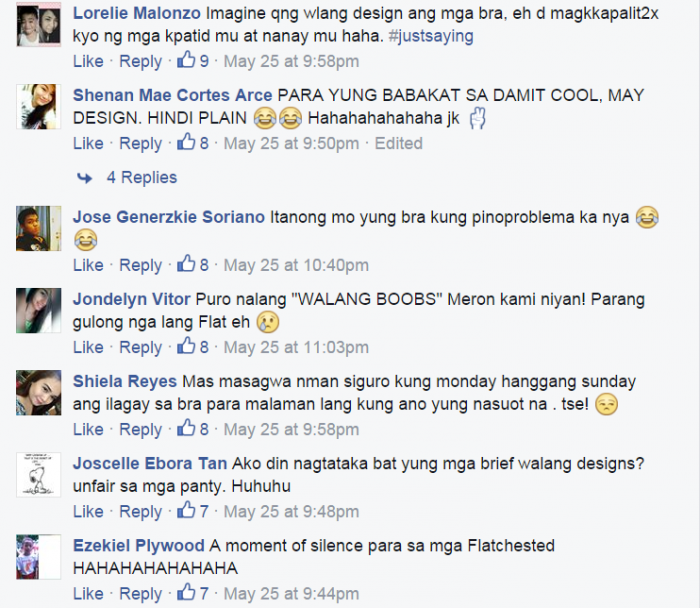 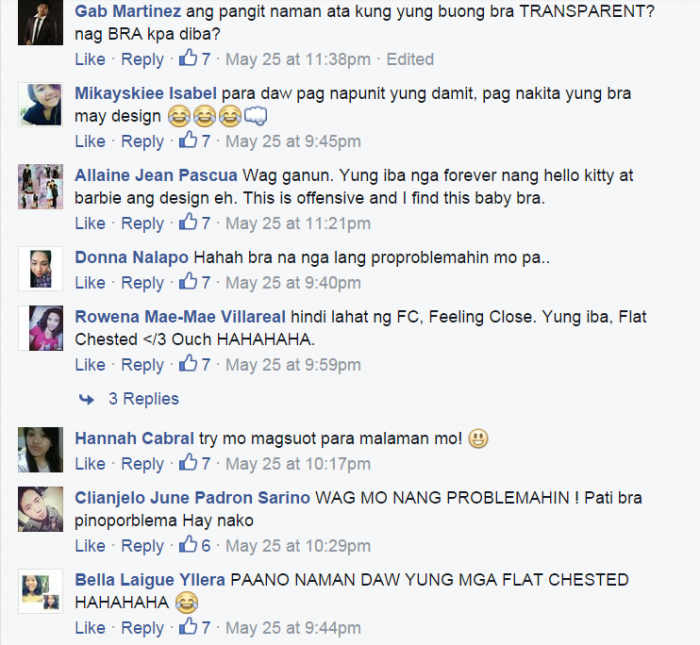 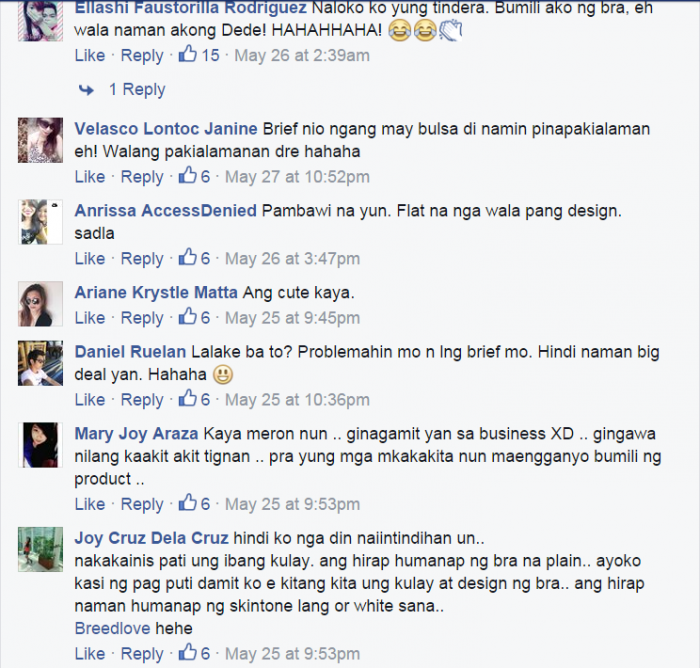 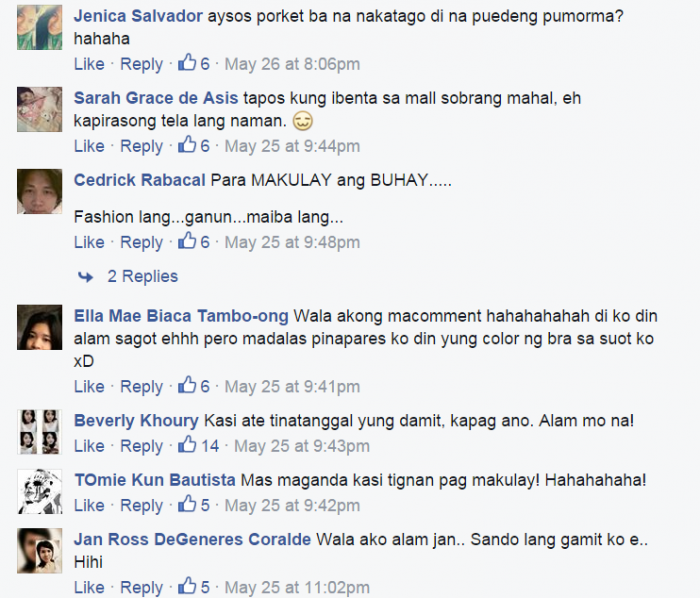 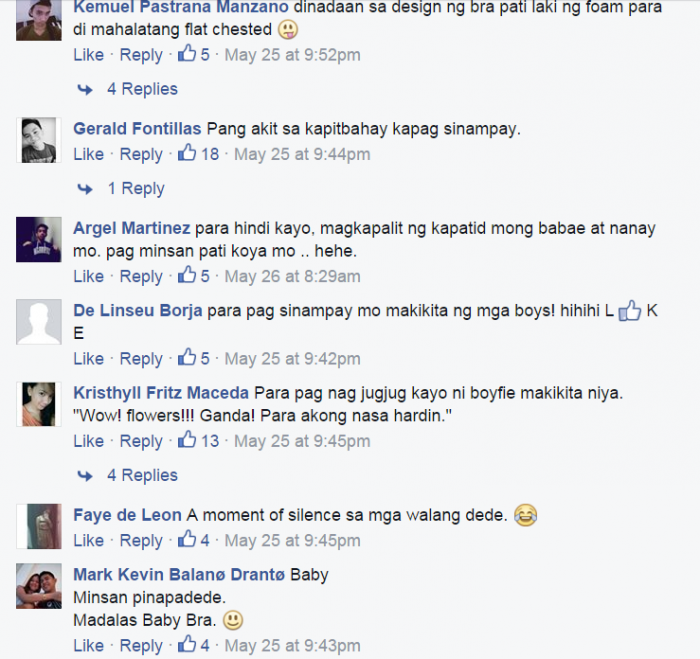 So, there you had it, ladies and, errrrrr, gentlemen. Those are just some of the comments in the on-going bra debate. How about you, what can you say about this issue?