Most business owners need an inspiration to start their business but it is widely believed that an insult by Ferrari’s owner would lead to the rise of the Lamborghini brand.

Born to grape farmers of Cento in the Emilia-Romagna region, Italy, a man named Ferruccio Elio Arturo Lamborghini would use his knowledge as a mechanic to start a business of tractor manufacturing back in 1948.

He would also launch several businesses but his prowess as a tractor manufacturer would bring the Lamborghini name much fame. As he grew richer, Lamborghini began to collect expensive cars – and he had a Ferrari, a Jaguar, and a Mercedes 300 SL, among others.

According to several stories, Lamborghini encountered problems with the clutch of his Ferrari. So, he went to the brand’s founder and owner Enzo Anselmo Ferrari to talk about the issue but was allegedly insulted as the latter told him to stick to making tractors and stop dabbling with the manufacturing of cars – or so the urban legend goes… 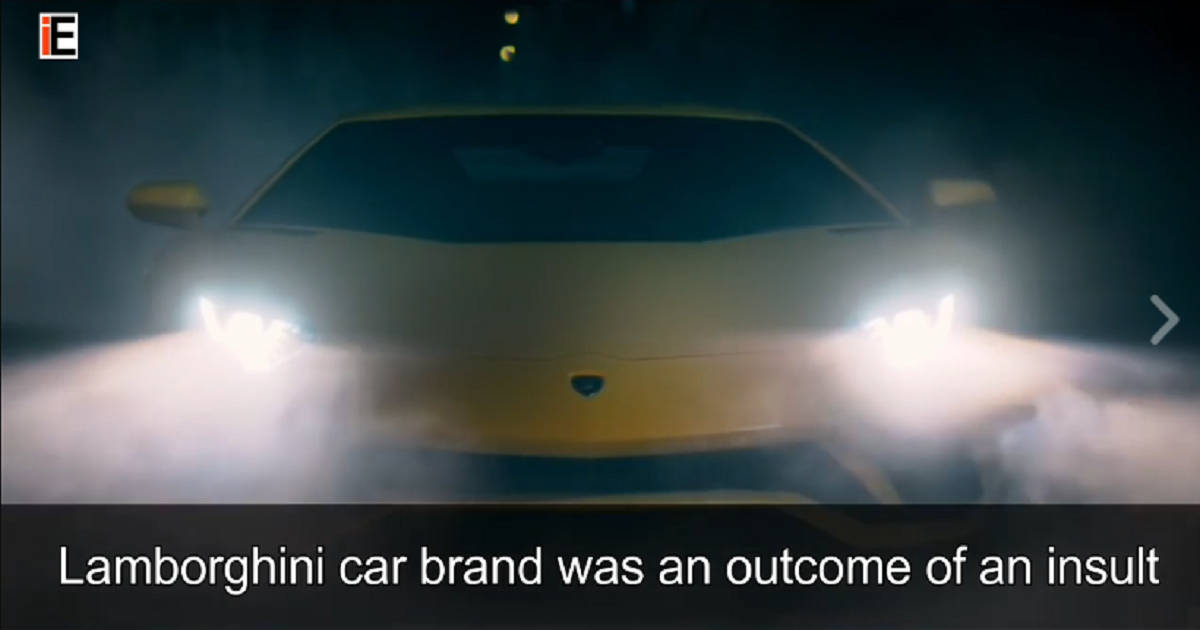 After getting insulted by Ferrari, Lamborghini was so angry that he began to build his own brand of cars to specifically become Ferrari’s competitor. Soon enough, the Lamborghini brand would catch up with the Ferrari brand and became a well-known manufacturer of fast cars, taking a chunk off Ferrari’s market.

Even to this day, it’s hard to say who is more popular, Ferrari or Lamborghini. But what’s quite amazing is that if the story of the insult was for real, then Ferrari made one of the biggest mistakes in his life when he insulted Lamborghini.

But it would seem that the ‘insult’ thing was just urban legend. On a biography posted on Lambo Cars, the writer claimed that Ferrari refused to meet Lamborghini regarding his complaint; thus, if they never met to talk about it, then the ‘insult’ couldn’t have happened.

How Did Lamborghini Fix His Broken Ferrari?

As to how Lamborghini fixed his broken Ferrari, the same biography wrote:

“He noticed the clutch fitted to this Ferrari wasn’t any different from the ones Lamborghini mounted in their tractors, so he drove the Ferrari to the Cento factory and had a Borg & Beck clutch installed straight from the parts list of one if the tractor models … the problem never returned after that.”