It could not be denied that many of us don’t really feel comfortable talking to a dirty, homeless person – and sharing a meal with them would be rather strange. But one dad recently went viral for teaching his daughter love and compassion as he shared a meal with a homeless man.

Netizen Willy Chong shared that he witnessed at a Bak Kut Teh shop in Malaysia. According to Chong, the father (wearing red) and his daughter were enjoying a meal outside the shop when the vagrant man approached their table to ask for something.

Instead of turning him away and keeping their table clean, this dad invited the homeless man to eat with them! He ordered additional food for the beggar instead of just giving him leftovers! Chong was so touched by what he witnessed that he snapped a photo to share on Facebook.

He wrote on Facebook about what he witnessed. It translated to this: 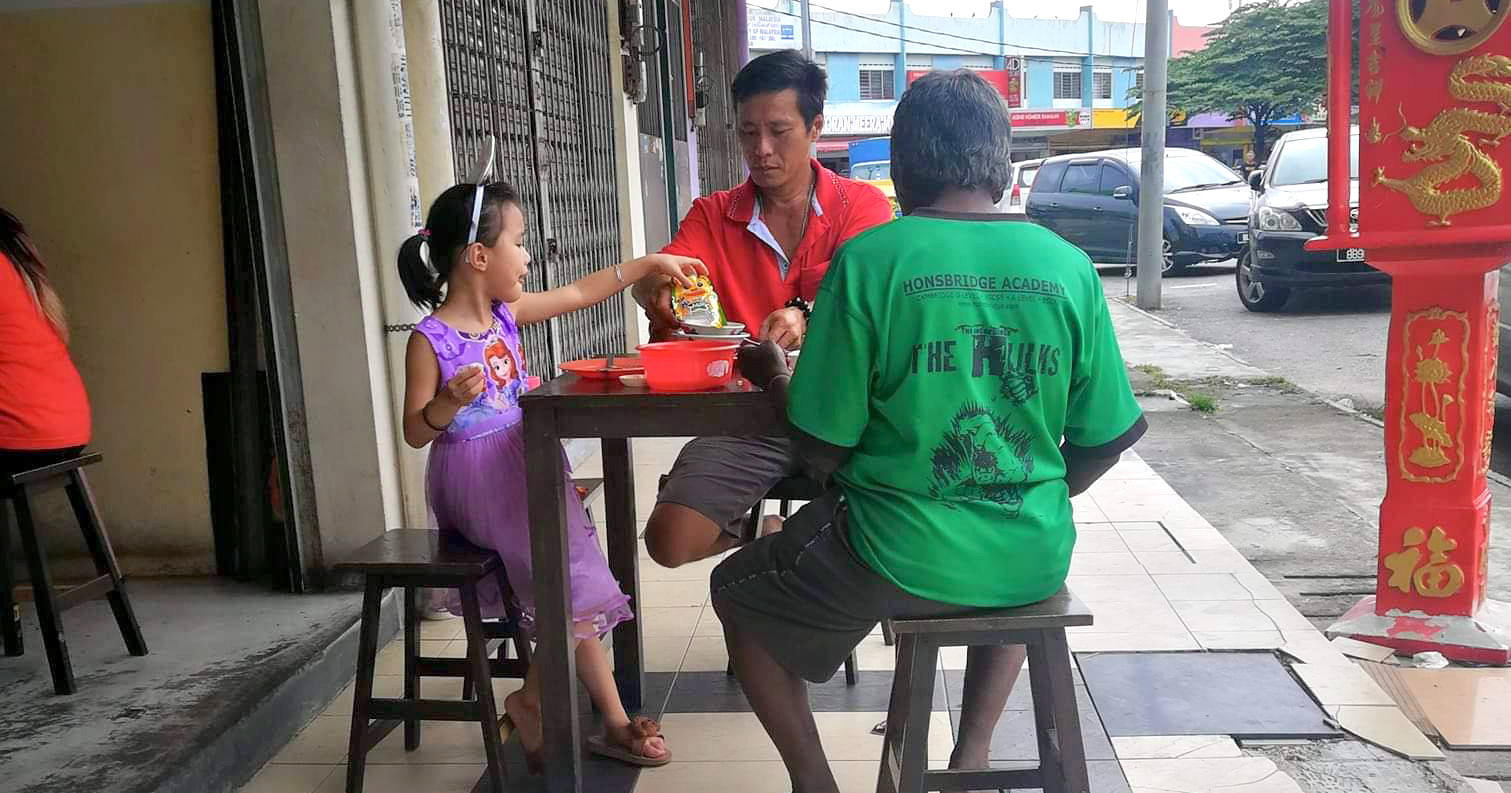 “I was very touched by something I saw today. This Indian brother in green is a vagrant. He stood at the entrance of this Bak Kut Teh shop and stared as he rubbed his stomach.

The brother in red saw him and asked if he was hungry. When the vagrant nodded his head, the Chinese brother (in red) invited him to sit down and ordered some food for him. More importantly, the little girl did not avoid the old vagrant, but insisted that her father give him a cup of Chinese tea.

There is compassion in this world. I want to commend this father and daughter. This father is such a role model. This is the right way of bringing up a child. Malaysia is a multi-racial nation. It doesn’t matter what race you are, everyone can co-exist in harmony. This is how Malaysia can progress.”

A lot of people were happy with what this dad did, saying that he led by example and that his daughter would surely be as compassionate and kind as he is. Many also said that it was great that this dad was sharing this with his daughter, making sure she had a good upbringing that would set her up for goodness for the rest of her life.