As strange as it might sound, a father digs a grave for his terminally ill daughter and often brings her there to rest so she would be familiar with her ‘future home’! Strange, isn’t it?

According to reports, 2-year-old Zhang Xinlei is dying. She was diagnosed with thalassemia when she was just 2 months old. The inherited blood disorder had used up the couple’s savings, with all their money going to Xinlei treatment but all these were in vain.

Doctors have told Zhang Liyong and his wife, Deng Min, that there is little hope that Xinlei would ever get well. In fact, despite the couple already spending 100,000 yuan ($14,700) on various treatments, Xinlei’s condition continues to deteriorate each day. 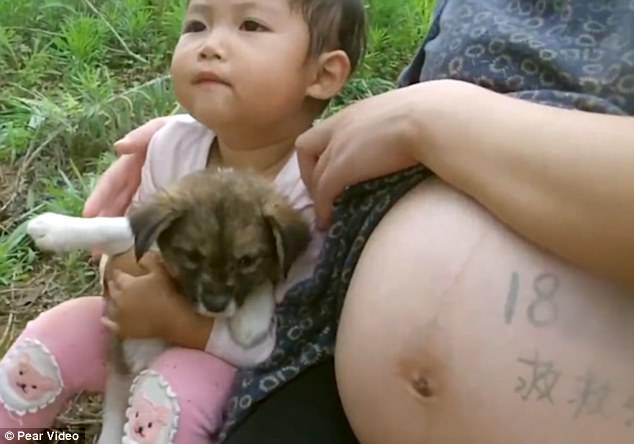 What’s even worse is that the poor family has run out of cash for her continued treatment.

“We borrowed money from many, but they are no longer willing to lend us more,” the grieving dad revealed.

Liyong, a farmer from Sichuan province in China, was told by doctors to prepare for his daughter’s death because she could pass away anytime soon. But the farmer had a rather literal interpretation of the doctor’s advice. 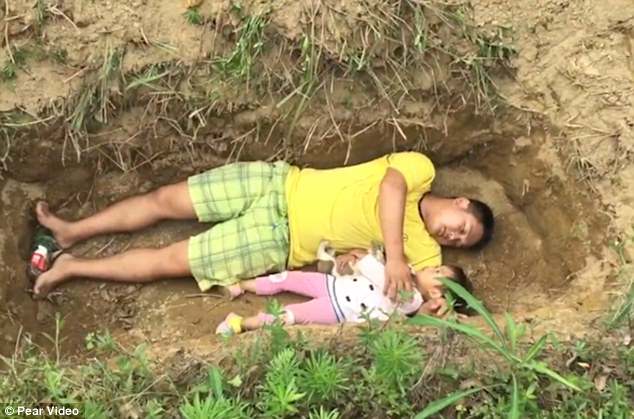 Instead of just preparing emotionally and financially for his daughter’s death, the poor father has dug a grave for his daughter so he could prepare her for her future home! To make Xinlei familiar with her grave which would become her home after she dies, of course, Liyong takes her there and allows her to play around the spot.

He would sometimes lie down on the grave, taking Xinlei with him and treating the spot as if it were a bed in their house. They would cuddle and talk about stuff, as if lying on the ground was a normal thing for people to do.

It is really heartbreaking…

“I could only come up with this idea – bringing her to play at this place. This is where she will rest in peace. All I can do is accompanying her every day,” Liyong said. 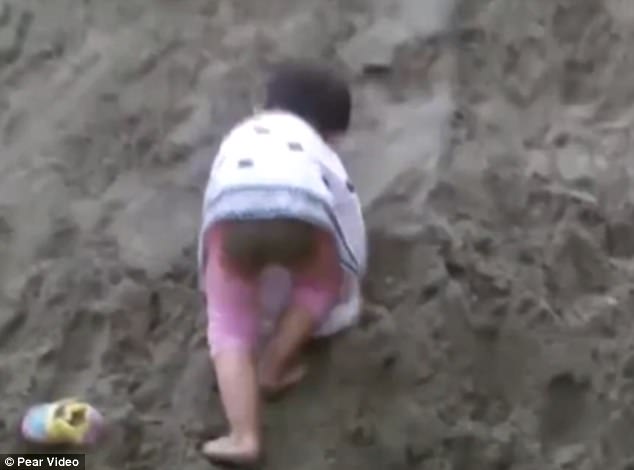 He hopes that Xinlei would be ready and won’t be afraid of her grave ‘when the time comes’ because she’s been there many times and has made it her playground when she was alive.