After selling his first app to Snapchat, Filipino American dad Garrett Gee sold all the family’s belongings so he could take his wife and kids to a worry-free trip around the world. Incredibly, they received a tidy cash for their belongings that they haven’t even touched the $54 million they received from Snapchat! How cool is that, really?

It never fails to amaze us how this family was not only able to receive such a huge sum of money but also that they are living what a lot of people are secretly dreaming of doing: to simply go around the world and never worry about a thing!

Of course, it pays that they have a lot of money in the bank to rely on just in case they need cash to pay for their trips yet between the money they received from the sale of their property and the money they are now earning from their travel blog as the “Bucket List Family”, it would seem that they won’t have any need to touch the $54 million anytime soon. 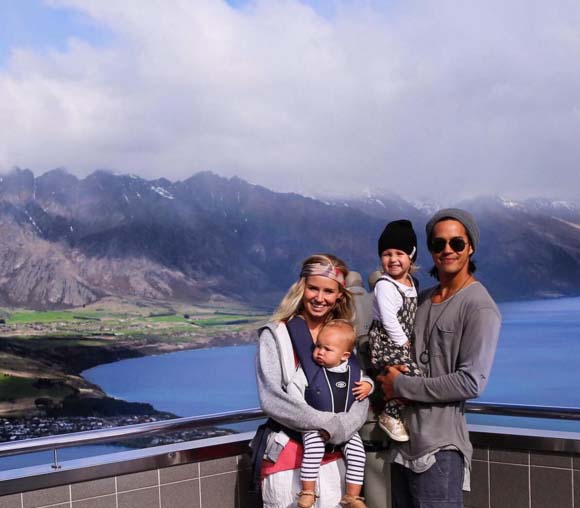 What makes their story even more amazing is that Garrett had only created the app because he was frustrated with what was available in the market. Little did he know that this app would be so popular that he (and his co-founders) would soon be earning a lot of money from it – and that the app would soon be bought by social media giant, Snapchat.

To date, the family has not only visited faraway lands like Australia and New Zealand, they have also gone back to Asia to visit Garrett’s roots. They have been to popular tourist destinations like Thailand and Vietnam.

It is great to hear that this young family is not squandering their huge windfall but are holding on to their pot of gold even as they enjoy a more carefree lifestyle.

Garrett revealed, “For me, because of my family’s history, there is a big feeling of being frugal and careful with this money.”

Snapchat is among the most popular social media options of this generation. This mobile messaging application is so versatile that its applications not only allow users to exchange texts, they can also exchange photos and videos.

What more, Snapchat is quite easy to use and is free to download and use!