Home
Lifestyle
This Family Saved So Much Money It Can Cover Their Beds!

If every start of the year brings various New Year’s resolutions, December is the time to check if the last ones you made were ever completed or accomplished. And this means a joyful time to those who were actually able to accomplish what they had targeted when the year started.

The New Year also brings plans for people to save money but most end up spending it for some reason or another before half of the year is even up!

But one family is rejoicing after they opened their piggy banks because they were able to save so much money that it can cover their beds, literally! Talk about sleeping on beds of money. LOL.

Of course, they won’t be sleeping on those beds filled with money but can you just imagine having so much money you can actually make a bed out of them?

Netizen Abby Sarmiento Mendoza shared on Facebook photos of her family’s savings for the entire year.

It turned out they had this really large piggy bank made of glass, supported by a wooden base. To encourage everyone to save, the piggy bank was decorated with their names as well as stencils for their savings goals such as a house and an airplane to represent a vacation. 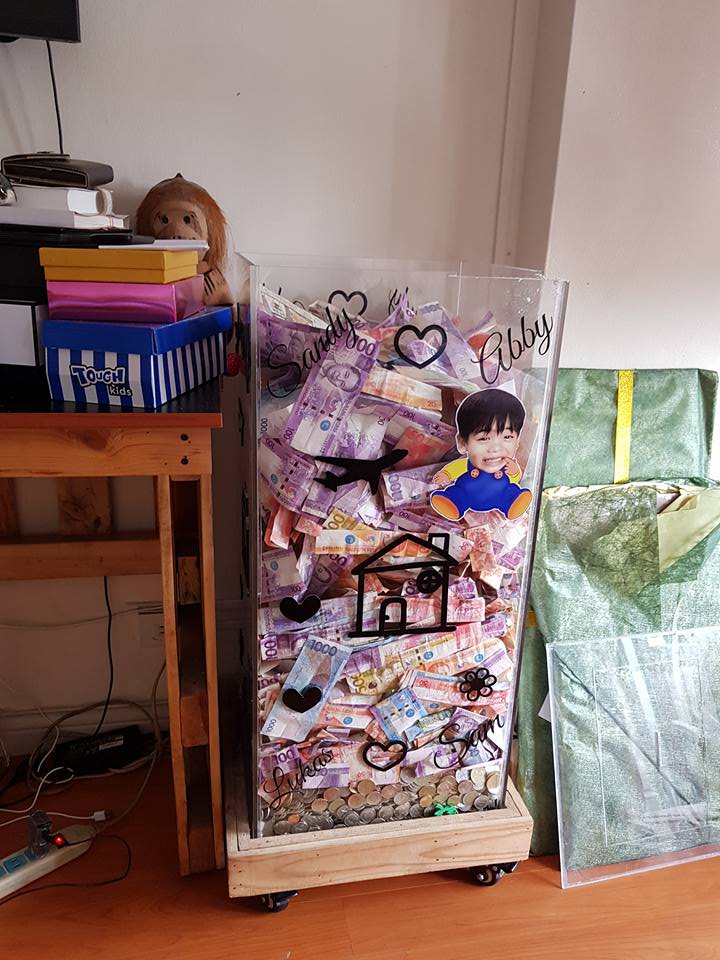 As can be seen in the photo shared by Abby, the huge piggy bank was filled with a lot of money. This money they placed on the bed, sorting the paper bills with the coins. The paper bills filled the larger bed while the coins also nearly covered the smaller bed.

It was certainly a joy for the family to see that they have saved so much money the entire year! 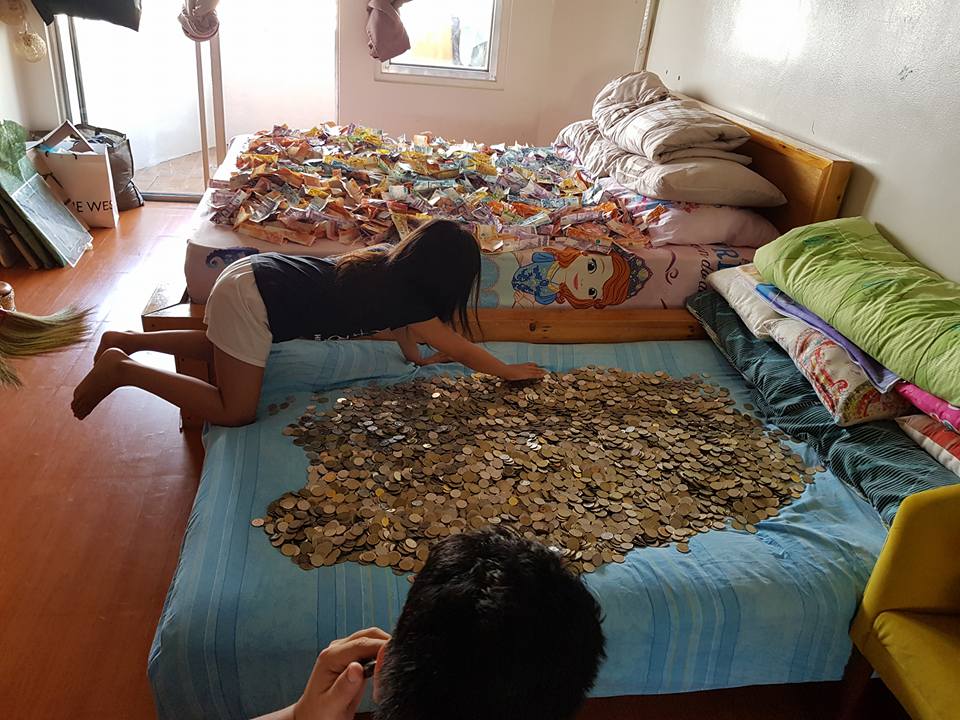 Of course, man people commented that this family surely is rich as they have a lot to spare for their savings unlike many who go from paycheck to paycheck but as many others have shared in the past, it ultimately comes to your mind set so you can start saving.

How about we challenge ourselves to save as much money as we can next year?