Dubai Police arrested Glenn Salvadora, an overseas Filipino worker, in connection with the death of a woman who was found headless and without her hands and feet – the woman later turned out to be his aunt.

Several news sites posted different suspect names, including Glin Ambro on Khaleej Times and simply J.O.S. on Emirates 24/7 but social media user Raf Maclang who claims to be the suspect’s kin tagged Glenn Salvadora on his Facebook post as he appealed for Pres. Rodrigo Duterte and relevant authorities to help the suspect whom they believe was just being used as scapegoat in the incident.

According to reports, Manormeeta Salwaro Dadi was employed as maid but had allegedly absconded from her sponsor some seven days before her death. She would later be found in Al Warqa’a, Dubai by a municipal worker.

Initial investigations showed that she was only dumped in the area. It was later discovered that her head and extremities were buried in Ajman. Cops believe, however, that the suspect was a butcher since he/she was adept in cutting the body parts in a clean manner.

When Dadi’s body was found, cops were stumped as to who this woman might be since they could not countercheck her fingerprints and don’t have a face to start the search. They had to go check from a list of 9,751 runaway maids to identify the body.

It took the cops three months to track down the sponsors of the runaway maids and obtain DNA samples before they finally found a positive match. Salvadora was arrested shortly afterwards.

According to the police, Salvadora owes Dh10,000 from Dadi but when the latter demanded that he pay back the money, he ‘lured’ her from her sponsor’s home with a promise he would pay her but allegedly killed her in Al Mussafah area. 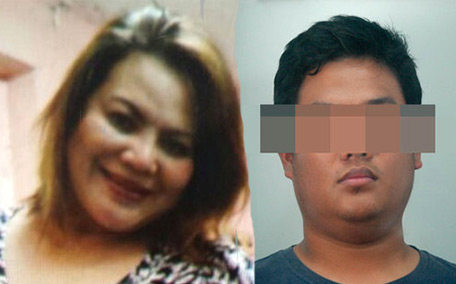 Salvadora’s family believes that he’s being used as a scapegoat, claiming that he was a loving father and family member who would never do anything that would jeopardize his job. They believe that Salvadora was coerced, even tortured, so he would confess to doing such a crime.

Maclang (read his full post here) further revealed that Salvadora is not a butcher but actually a waiter and cook. He also supplies food to some Filipino workers at a hospital but he has never been a butcher.

Salvadora’s family and friends are now seeking justice for him, with Maclang hoping that he won’t become a second victim after Dadi’s murder.