Birthday parties are supposed to be lots of fun but one family had a scare after noticing what appears to be a ghost in their daughter’s birthday party photos!

Forty three-year old Sally Watts shared a photo of her holding a birthday cake while her kids looked on. Her reflection can be seen on the mirror. Her daughter Charlotte took the photo but the camera captured what appears to be a small child standing behind her, seriously looking at the proceedings.

The problem there is that there were no other kids at the party – and certainly none that looked like the eerie child in the photo! 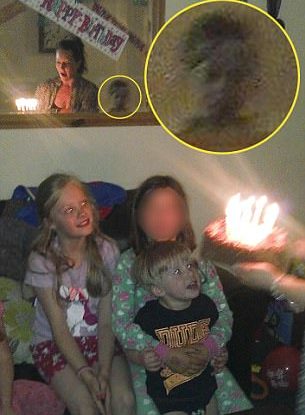 Watts explained, “There were only five kids there at the party and they were only there in the room. Charlotte was taking the picture and my other son Eddie was away camping.”

“There’s literally no explanation for it. We were trying to work out what had happened, trying to re-enact it without scaring the kids,” she added.

While many were skeptic that this was true, believing that the family photoshopped the ‘ghost’ in the photo for attention, Watts claimed they hadn’t altered it a bit. She even added that this was not the first time they experienced paranormal activity in their home.

At their previous house, Watts said they experienced typical ‘haunting’ activities such as a child’s voice calling her “Mom!” but none of her kids said a word. She also claimed that they had a rocking horse that made sounds even without anyone touching it. 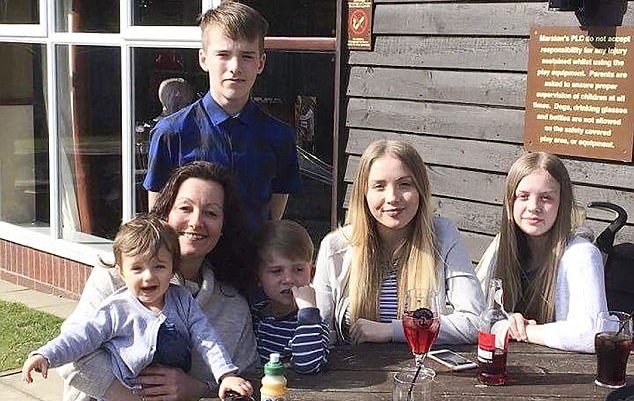 A medium was called at their previous home; it was revealed that the ghost of a young boy who died in the house was haunting them.

A medium is a person who supposedly acts as intermediary between the dead or supernatural beings and humans.