Despite constant denials from NASA that extraterrestrial life exists, alien hunters keep on finding pieces of evidence proving that aliens are real.

Scott Waring of UFO Sightings Daily believes that he saw the image of god on a rock in Concepcion Crater in Mars. The UFO enthusiast claims that the face has striking similarities to Neo-Assyrians’ god of wisdom, Nabu. 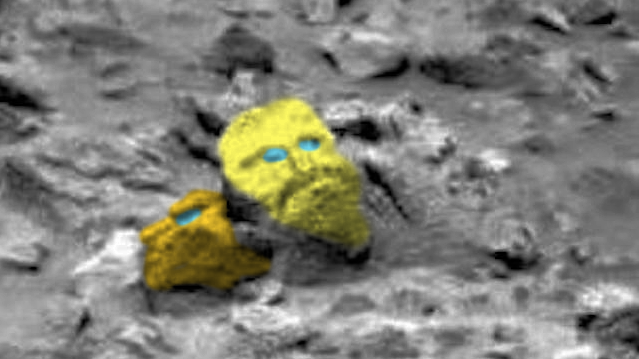 In an article published on UFO SIGHTINGS DAILY, Waring wrote: “Found these faces on Mars side by side.” 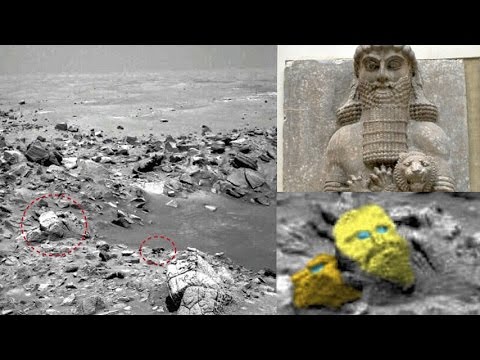 “One is looking towards us and the other is looking to the left. The face looking at us has a lot of similarities to the ancient Mesopotamia faces.”

According to legends, ancient Assyrians were responsible for developing space travel. During one of their travels to the red planet, they left a statue of their god.

But for NASA spokesman Guy Webster, what Waring spotted is just a natural rock and not an ancient culture sculpture.

In fact, NASA scientists have provided an alternative explanation as to why many people see peculiar objects on Mars.

Scientists are attributing the strange sightings to face pareidolia, a psychological response to seeing faces and other important and everyday items in random stimulus.

What is Face Pareidolia?

If you are seeing faces in inanimate objects and patterns, then you are probably experiencing face pareidolia.

In a study conducted by researchers from the University of Toronto, Xidian University, Beijing Jiaotong University and the Institute of Automation Chinese Academy of Sciences, it was found that the recognition occurs in the frontal and visual cortex of the brain.

According to Professor Kang Lee from the University of Toronto, it’s common for people to spot non-existent features because the human brain is uniquely wired to recognise faces.

“Even when there’s only a slight suggestion of facial features the brain automatically interprets it as a face,” Lee explained.

Moreover, the research suggested that people can be led to see different images depending on what they want to see, which then activates specific parts of the brain to process such images.