Through a Facebook post shared on Jamesdeakin.ph., an unidentified expat warned netizens against two beggars who robbed her while she was driving along C5 road.

According to the expat, she was driving along C5 road at about 7pm when the unfortunate incident happened. She was stuck in heavy traffic and wanted to save gas so she decided to turn off her car’s air conditioner and roll down her windows for some fresh air. She assumed it was safe for her to do so since she was in the middle lane and there were no people crossing the road.

Until a “cute boy” who appears to be 14 or 15 years old suddenly stood on her vehicle’s passenger side. The adorable boy sang and clapped his hands in exchange for money. Moved by what the boy did, the expat reached for some cash in her bag.

To her surprise, another boy appeared on her side. She was forced to surrender her cellphone and wallet since the boy pointed a knife on her head. 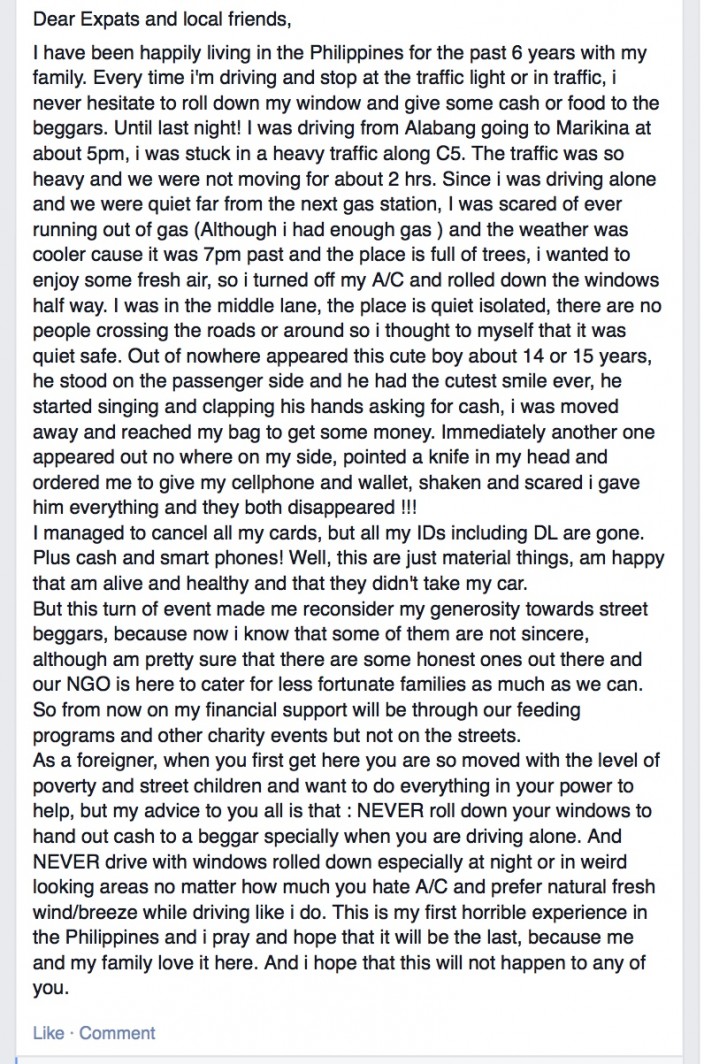 The Anti-Mendicancy Law in the Philippines

In the Philippines, a law prohibits citizens from giving alms to beggars. Evidently, this law is not effective in the country as we still see mendicants roaming the streets.

In June 11, 1978, President Ferdinand E. Marcos issued  Presidential Decree 1563  also known as the Anti-Mendicancy Law  of 1978 which aims to control and eradicate mendicancy in the country.