It is a reality in life that people who do menial jobs are not really expected to have finished an education or could do ‘educated things’ as skillfully as those who have graduated from higher education; this is the reason why news such as a pedicab driver able to send all his kids to college often go viral.

Another pedicab driver has recently gone viral, this time for being English-speaking. While English is often considered as a second language to many people in the Philippines, pedicab drivers like Daniel Lapara of Calbayog, Samar are not really expected to speak the language yet he managed to do it – and netizens were definitely amazed!

According to Lapara, in an interview with ABS-CBN News, while he was not able to graduate from high school, he didn’t want to just ‘fit in the box’ and not learn something new. So, with the help of missionaries who visited his city, he learned how to speak in English. 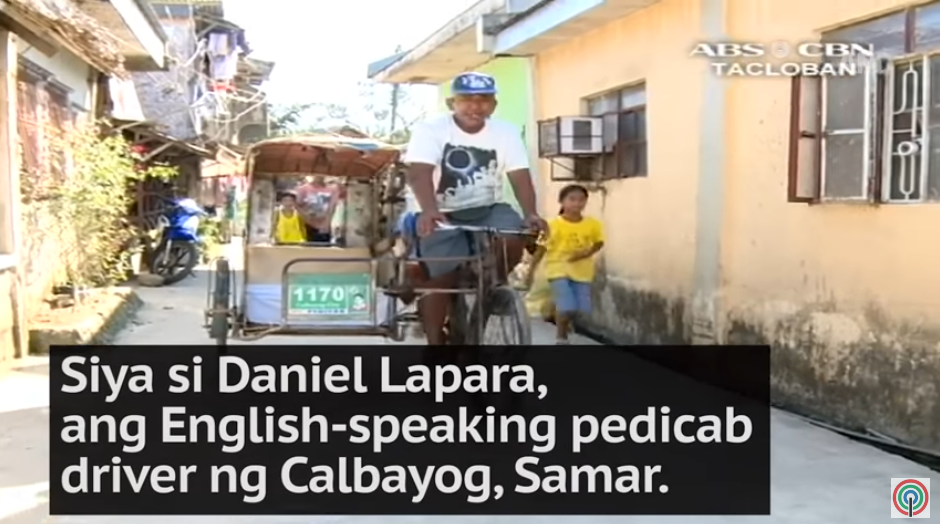 Since then, he would make conversation in English with his passengers; something that caught the attention of netizens especially because he was rather fluent in the language and speaks with great confidence.

While his English isn’t perfect, he easily makes up to that by speaking as fluently and smoothly as he can. And it works!

Many of his passengers were quite amused with the English-speaking pedicab driver that he would soon go viral and catch the attention of some ABS-CBN crew who featured him in a report.

Lapara said he wanted to speak English to the tourists and travelers so they will feel welcome in Calbayog – and that would surely promote tourism to the place.

What is a Pedicab?

A pedicab is a small, 3-wheeled vehicle that is pulled by either a bicycle or a motorcycle. It has a sidecar where the passengers ride.