A photo vendor frantically picking up his goods off a street in Cebu City after enforcers these to the ground has gotten mixed reactions from netizens.

Many of the busy streets in cities and towns across the Philippines have sidewalks that are almost impassable to pedestrians because these are blocked by illegal vendors or illegally parked vehicles. This is especially true in the big cities but is also seen even in small towns whose public markets are often situated right next to the highway.

Government officers tasked to clear the roads and sidewalks often encounter fierce resistance from these illegal vendors and vehicle owners. The vendors often plead for mercy, telling the officers that they are doing ‘nothing wrong’ except sell these goods to earn money for their children.

The cycle is unending. The vendors get caught or are able to run away, stop selling for a day or two, then sell again once the enforcers are busy someplace else.

But the photo of the illegal vendor shared by Cheng Sabellaga Gines has gained mixed reactions from netizens. 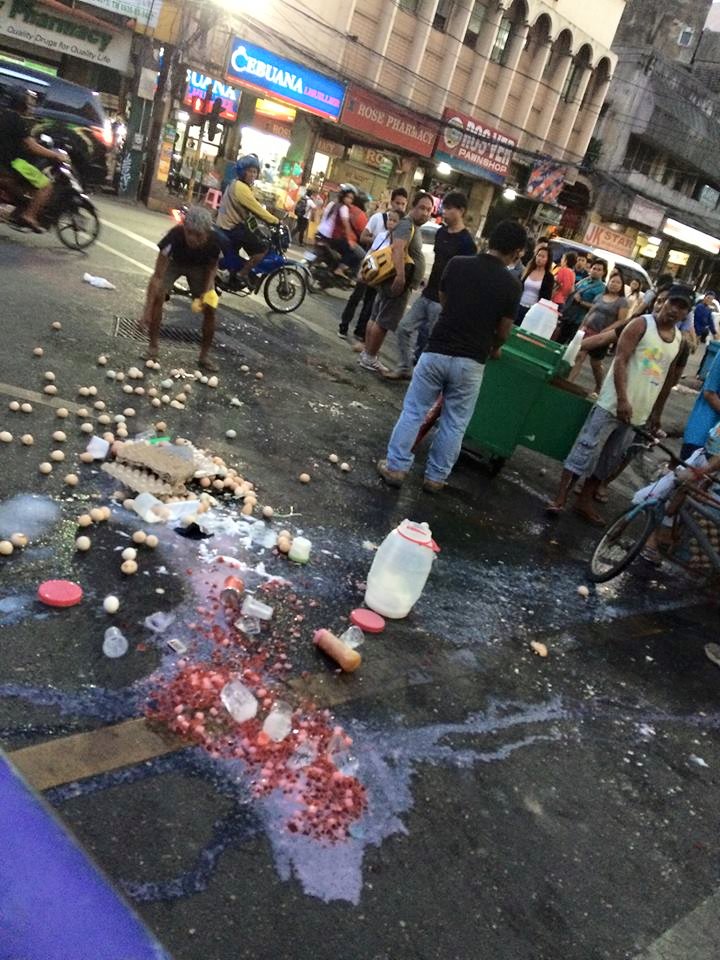 According to Gines, the incident happened at Colon Street in Cebu City. In a post on Facebook, she wrote that while she is not complaining about the clearing operations because the government officers are just doing their jobs, she wishes for them to be more humane in their approach.

Instead of throwing the vendors’ goods to the ground, Gines hopes that they would just tell the vendors to pack up and leave.

Many people sided with Gines, saying that the vendors are also humans who are just trying to earn money for their respective families. Gines and many netizens defended the vendors, saying that they surely know they were doing something illegal but continue selling on the sidewalks to earn something in an honest manner.

But others also took the enforcers’ side, saying that force is definitely needed in such operations because these hard-headed vendors will just come back again and again.

What can you say about this?