A small act of kindness always goes a long way. This has once again been demonstrated with the story of Kelly Maguire – one of the recent guests in The Ellen DeGeneres Show.

Of course, everyone knows that winter has been really fierce in some areas in the United States a nd that includes Chicago, Kelly’s hometown. As she was going home with her husband after watching a Chicago Bears football game, a homeless woman caught the attention of Kelly. She was out in the cold and was holding up a sign that said she needs warmer clothes for the weather. 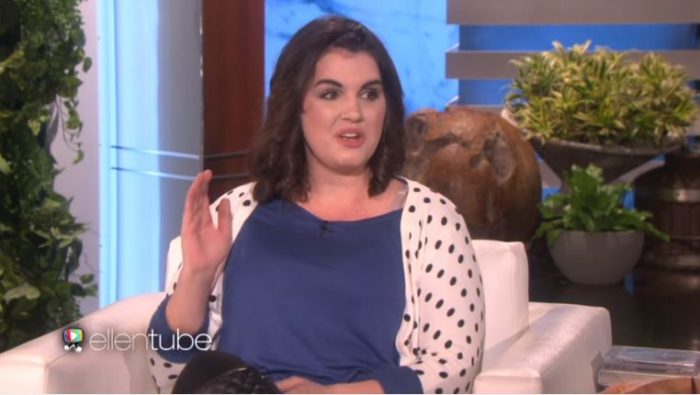 Almost instinctively, Kelly turned to her husband and said that she’s going to do something crazy – she will give her boots for the woman. Her husband supported the idea and so Kelly did exactly that. Surprisingly, the woman had the same shoe size as Kelly.

During her interview with Ellen, Kelly shared that it was indeed a case of being at the right place at the right time for her and the homeless woman. Touched by such a kind gesture from a stranger, the homeless woman also didn’t want to send Kelly away without wearing anything and so she gave her only pair of shoes to her.

As always, Ellen prepared a special surprise for her guest and it definitely made Kelly tear up in absolute joy.

Watch the entire story on this video:

Uploaded on YouTube under the title “A Remarkable Act of Kindness,” the video has already been viewed more than 753,000 times since it was posted January 21, 2016. According to the video description:

“The story of Kelly’s generosity toward a homeless woman went viral, and Ellen had to meet her in person. Ellen also announced her new kindness campaign to inspire people to pay it forward! #BeKindToOneAnother.”

Go share this heartwarming story with your social media friends.