Home
Lifestyle
Food
Eating Kangkong Might Be Healthy But It Can Also Be Dangerous!

Kangkong or water spinach is a common green, leafy vegetable in the Philippines – but did you know that it is also considered as a noxious weed which can be quite dangerous and could even lead to death? Now, noxious weeds are those that have been designated as harmful or injurious weeds that can cause harm to agricultural or horticultural crops, humans and livestock, and/or the local ecosystems and natural habitats.

Kangkong falls under this category – especially because it easily grows anywhere and everywhere. Have you noticed how these plants thrive even if no one really plants and takes care of them? 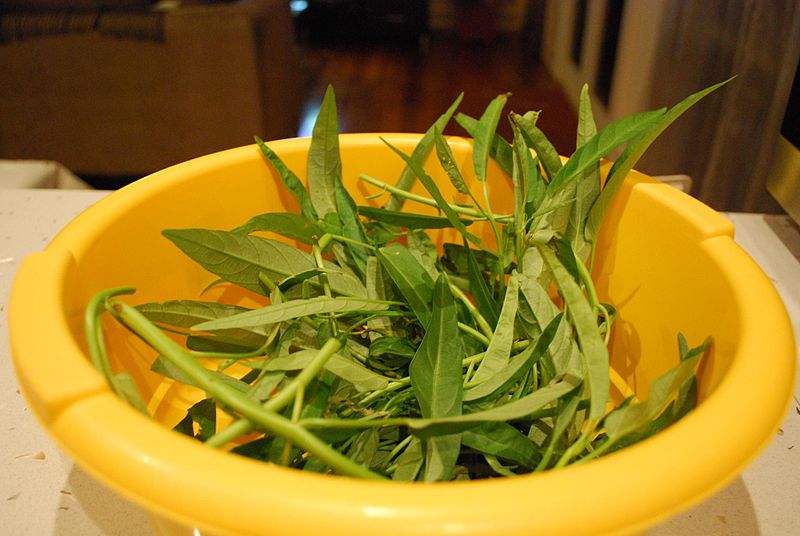 Now, kangkong has long been used in the Philippines as food for pigs or rabbits and for people! In fact, adobong kangkong is a nice side dish or even considered as a full vegetable meal in many households.

Thankfully, if cleaned and cooked right, kangkong is as harmless as any other vegetable, actually. Still, you have to be careful in cooking this vegetable well – especially because most people simply plunge the kangkong leaves in a pot of boiling water in a cooking technique called blanching. This practice of cooking kangkong is actually very dangerous!

The reason why kangkong can be dangerous if not cooked well is that the leaves can harbor a large parasitic intestinal fluke called Fasciolopsis buski, in larval cysts form.

If the kangkong is not cooked well, the Fasciolopsis buski cysts will be ingested by the humans and the flukes released in the intestines where they anchor themselves.

Once there, the flukes can cause abdominal pain, indigestion, and even allergic reactions. If left untreated, this could lead to death – especially because it is difficult to diagnose the presence of these flukes as several ailments have the same symptoms!

So, if you are fond of eating kangkong, make sure to inspect the leaves and clean these properly – and ensure that you cook it well!