A small boy aged around 6 to 8 years old was almost carried away by a wedge-tailed eagle during a show at Alice Springs Desert Park in Alice Springs, Australia on July 6, 2016. The bird was part of the finale in the show – and everyone was excited to see it come out but when it finally did, it did not go through with the original plan; instead, it flew straight towards the young boy who was wearing a bright colored green jacket.

“We’re at the bird show in the afternoon, having a great time and looking forward to seeing the wedge-tailed eagle come out for the finale,” revealed a park visitor named Keenan Lucas. “The bird then flew over the crowd and tried to grab on to a young boy’s head. He screamed, the mother was distraught and the presenters wrapped up the show very quickly.” 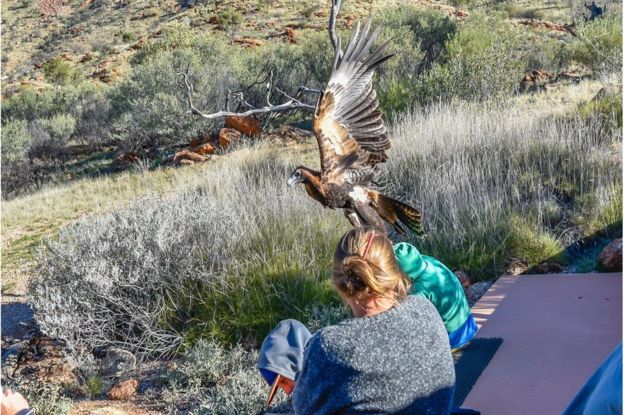 One of the witnesses, Christine O’Connell, said that the eagle flew straight to the boy from around 15m away. She caught the attack on camera.

She revealed, “A fellow who was sitting closer said the little boy kept running his zipper up and down.”

The eagle must have been distracted by the noise; thus, it attempted to carry off the boy.

The attack lasted for just a few seconds but it left the boy terrified and crying. The young lad also suffered ‘superficial’ gashes on his face from the bird’s talons but the injuries are not severe. 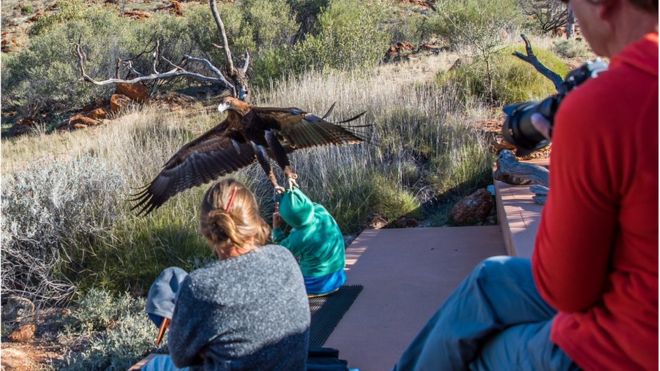 The park issued a statement regarding the incident, “On Wednesday, 6 July, an incident occurred at the Alice Springs Desert Park where an eagle made contact with an audience member. A thorough investigation regarding the circumstances behind this incident is under way and the eagle will be removed from the show while this investigation is ongoing.”

What is a Wedge-Tailed Eagle?