MANILA, Philippines – Much has been said about President Rodrigo Duterte’s promise to double the salaries of cops and soldiers, especially after Department of Budget and Management (DBM) Secretary Benjamin Diokno declared that such was not possible because it was not included in the budget – for after taking over in the middle of the year, this new government is still working on the budget created by the previous administration.

But Duterte recently reiterated his promise that cops and soldiers will have their ‘incremental’ pay hike, with the first tranche coming in by August.

Now that the salary increase for the country’s armed forces is in the works, Duterte had another good news to announce: a pay hike for teachers will be next! 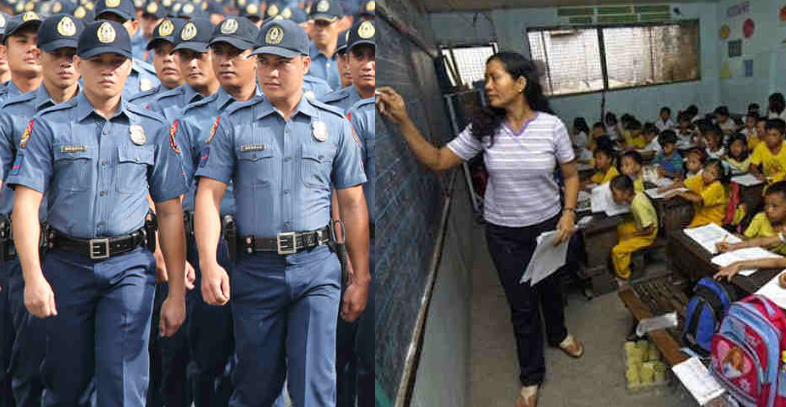 It can be recalled that a lot of netizens were not happy with the news of the pay hike for soldiers and cops, opining that if the armed forces will get a salary increase, all sectors of government should also get a pay hike.

Of course, that is impossible at the moment; thus, many netizens also urged others to let the president do his job as they believe that pay hikes for other government workers will soon be on the way as well. It seems, with this latest news, that such is really going to happen – if not soon, at least in some near future.

How and when will cops and soldiers get their pay hike?

The DBM is still mum on the details of how the pay hike for soldiers and cops will be implemented or where they will get the money to fund the increase. Even presidential spokesperson Ernesto Abella said, “I don’t have the details for the first tranche. Although he did give the assurance that it will be fulfilled. Kaya lang talaga, this year is still the budget of last year (It really is due to this year’s budget being a budget prepared last year…) so he cannot really impose upon it. But he did say that there will be incremental increase and I believe by next month.”