The results of the survey conducted from March 30 to April 2 was first published in Business World on Monday, April 11. Duterte emerged as the frontrunner after getting 27% of the votes. With an error of margin of +/- 3%, the tough talking mayor’s lead was enough to prevent a statistical tie. 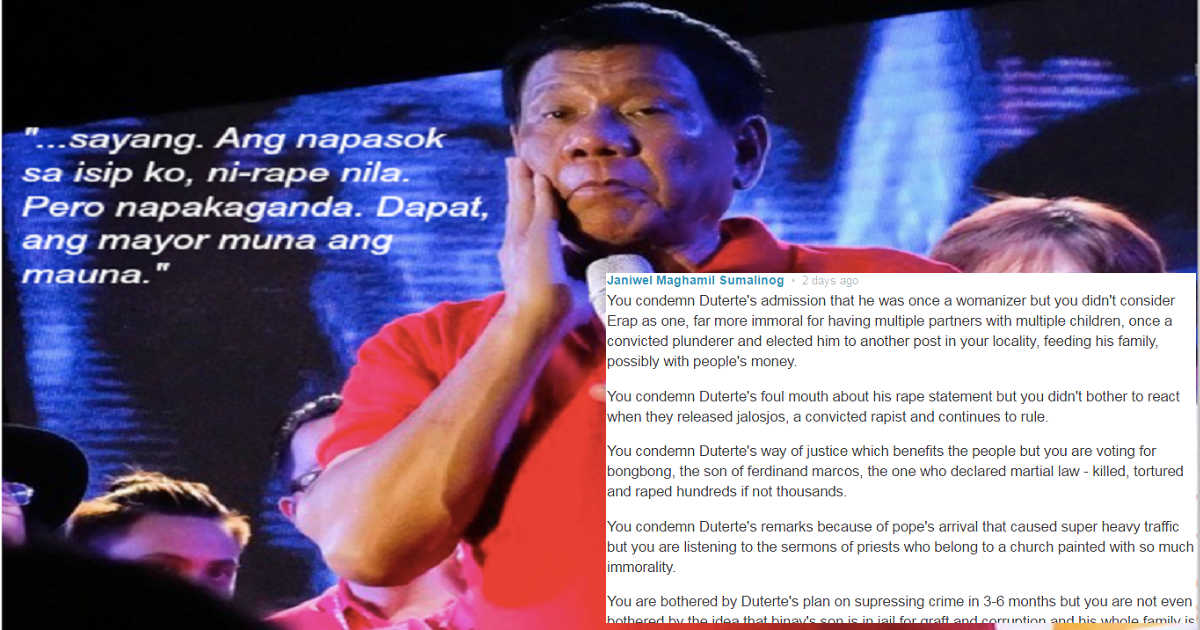 Senator Miriam Defensor Santiago was a non-mover at the last place with roughly three percent of the votes.

All presidential aspirants except for Poe and Duterte had their numbers increase compared to the previous survey.

Peter Tiu Lavina, Duterte’s spokesperson, said the results of the latest SWS survey affirm other surveys where Duterte has a clear lead.

“We are grateful that the surveys are now reflecting what we have been witnessing and experiencing on the ground,” he said in a statement.

Lavina believes that the rise of Duterte in the polls is brought about by the campaign efforts of their candidates, campaign teams, volunteers and support groups in the Philippines and around the world.

Getting the support of 26% of the respondents, Senator Ferdinand “Bongbong” Marcos Jr. has taken the sole first place in the latest SWS survey. Senator Francis “Chiz” Escudero  (21%) and Rep. Ma. Leonor “Leni” Robredo (19%) statistically tied in the second spot.

Senator Alan Peter Cayetano (13%) placed third in the race, while Senators Antonio Trillanes IV and Gregorio “Gringo” Honasan, who both had 5% of the votes, statistically tied at the last place.