MANILA, Philippines-On Sunday, July 16, President Rodrigo Duterte said he is planning to talk with the Chinese government over the alleged involvement of several Chinese citizens in the illegal drugs trade in the Philippines. Duterte said he would question Chinese officials why so many of their citizens are dealing drugs in the country. 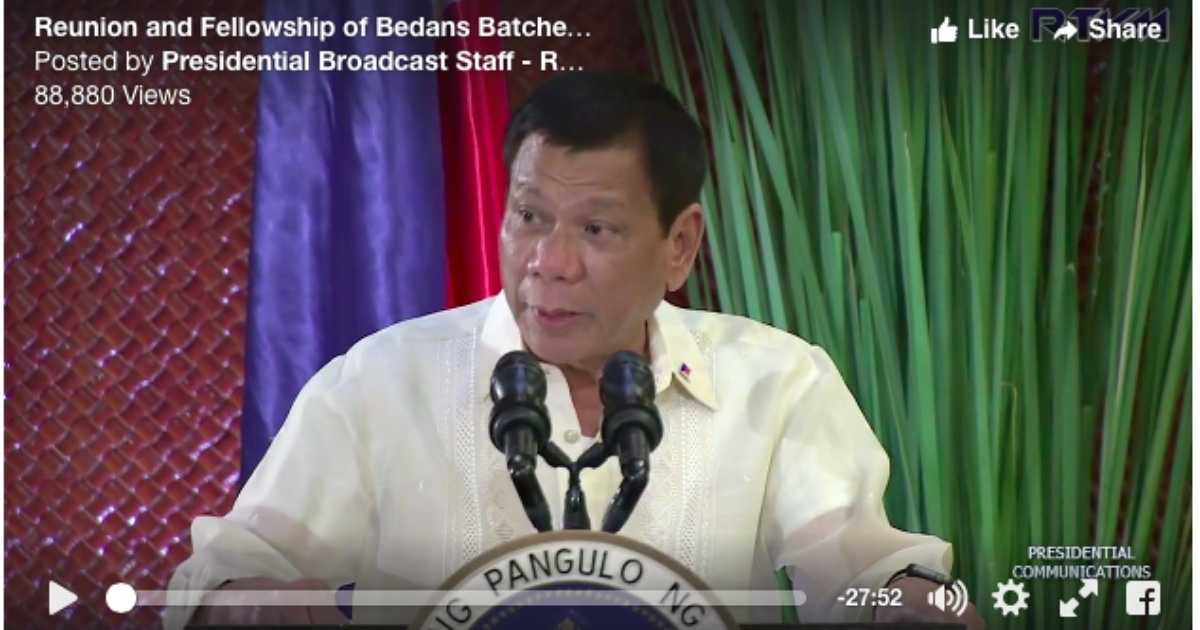 According to the 71-year-old President, he would raise his grievance to the superpower, in due time, once the “bigger” issues are settled. In the meantime, Duterte said he would exercise restraint.

In his speech, Duterte alleged that several Chinese citizens were killed during anti-drug police operations. He said most of the unclaimed corpses of alleged drug pushers are Chinese.

In his bid to eradicate crime and corruption within three to six months, Duterte identified three Chinese-Filipino drug lords supposedly involved in the underground trade. Peter Co, Peter Lim and Herbert Colangco were among those named by Duterte.

He added that there are other “persons of interest” including Chinese nationals, local officials as well as prison officials.

According to Andanar, a matrix from the Philippine Drug Enforcement Agency (PDEA)  reveals that at least 1.8 million people are linked to the drug menace.