“Change is coming” to the campaign donors of president-elect Rodrigo Duterte because he is giving them back the excess fund contribution, in pro-rated basis.

On May 18, 2016, Marion Raagas, a team leader of the Duterte Presidential Campaign Team, shared on Facebook a photo of several RCBC checks of undisclosed amounts (although one was visible, with Php1,080.08) and a check voucher amounting to Php324,024.07.

In the accompanying caption, Raagas disclosed that these items were change or refund to campaign contributors, coursed through Anonymous Patriots for a Peaceful and Prosperous Philippines, Inc. The amounts to be received by the donors vary, depending on their campaign contribution; although it seems that everyone got a fair change because the amount was determined by pro-rated basis.

Raagas also mused how this action (of giving change) could be a first in the country where it is common knowledge (or perhaps an ‘open secret’) that politicians or their campaign team pocket the change of donations they received from various sectors. 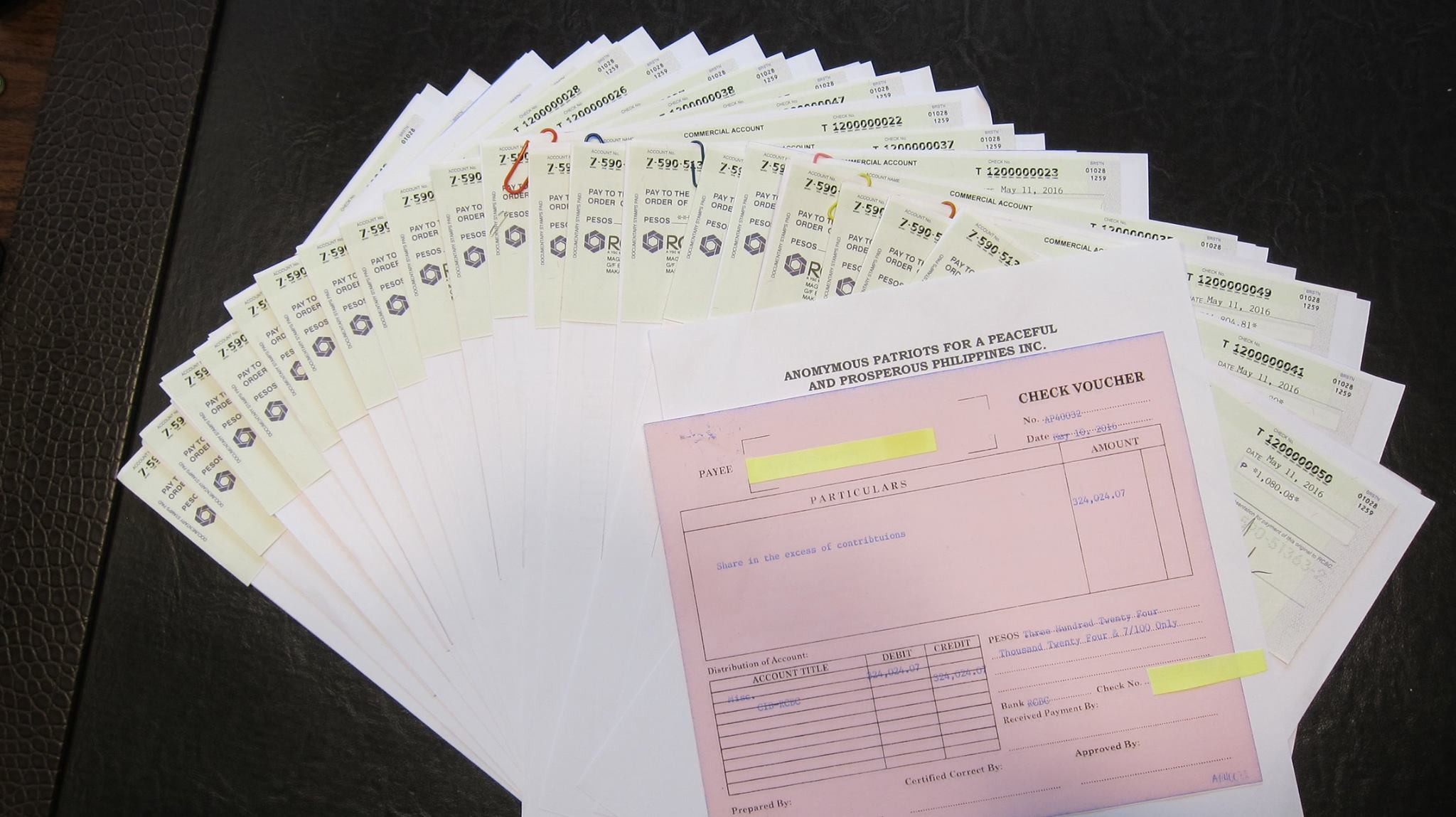 “What greeted me this morning as I walk into my office was a bunch of checks that I need to sign. These checks represent the pro-rated amounts of excess campaign fund contributions for Duterte campaign team (coursed thru Anonymous Patriots),” Raagas wrote. “I suppose this is the first time in our country’s history that excess campaign funds are voluntarily returned to generous campaign contributors. Normally, traditional politicians just pocket the difference or perhaps fund handlers just “split the loot” amongst themselves.”

Aside from giving this campaign funds change, Raagas also pointed out that Duterte had repeatedly turned down donations from questionable sources, especially from those he believes are just contributing money to his campaign in exchange of special favors if he wins the elections.

There have been rumors that executives of an unnamed giant telecommunications company offered millions of pesos to Duterte’s campaign but he turned it down. No confirmation came from Duterte’s camp regarding this rumor but Raagas confirmed that, indeed, the tough talking mayor turned down money from several people who wanted to donate to his campaign.

“It is also interesting to note that Mayor Duterte himself has repeatedly turned down financial contributions (regardless of amount) if fund contributor is identified to have corrupt practices or have questionable integrity. I have been a direct witness to this,” Raagas revealed. “Change is not coming. CHANGE is already HAPPENING!”