Avid drinkers and smokers, be warned.

Philippine Presumptive President Rodrigo “Digong” Duterte has declared that he has plans of implementing a nationwide liquor ban and no-smoking policy as he assumes office soon.

In an interview posted by GMA Network, Duterte said:

“We need legislation for that. The Congress can give it to me so I can this country–more in keeping with the behaved society.” 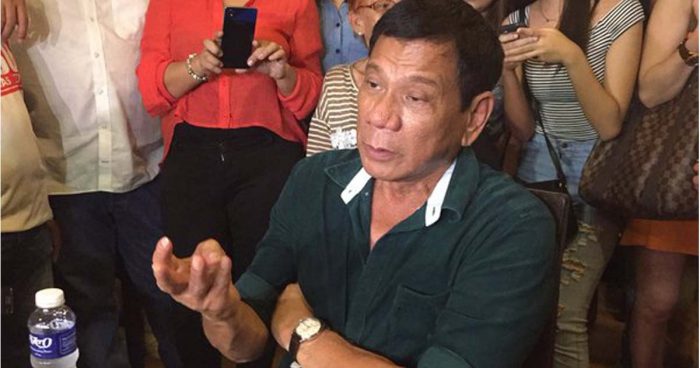 Duterte, who won the national elections held last May 9, ran under the banner “Change Is Coming.” Indeed, the former Mayor of Davao City wants to introduce many changes to the country in his upcoming 6-year-term, most of which he did while serving in his city.

Duterte said that the sale of alcohol may be prohibited by 10 p.m. When asked whether the 10 p.m. rule was too early, he answered “You have the whole day. Magbili ng isang truck ng beer (to buy a truck of beer).” He, however, relented and said the ban would likely begin at 2 a.m.

As for the no-smoking policy, Duterte said out smoking will only be permitted when it’s done 50 meters away from establishments.

Since 2002, Davao has been implementing a strict anti-smoking ordinance in their city.

BBC even came up with a compilation of tweets and Facebook posts from various users.

“All blood and no alcohol for a Duterte win. Hope the ones who voted for him won’t have a hard time swallowing this.”

On the other hand, Keiza Chan commented:

“It may be for our own good but I just can’t wait to see how bummed alcohol enthusiasts will be once Duterte comes into power.”

What do you think of introducing alcohol and smoking ban in the Philippines? Hit the comment section and let us know.