Home
News
Duterte to Be a Grandfather of Triplets

DAVAO CITY, Philippines-After being rarely seen in the public for the past weeks,  Presidential daughter and Davao City Mayor Sara Duterte-Carpio has announced on Friday, August 19, amidst the Kidayawan celebration, that she is seven weeks pregnant with triplets.

The younger Duterte made the announcement through a statement read by city information officer Jefry Tupas. According to Sara, she is doing well on her 7th week despite the symptoms and complications of a multifetal pregnancy. 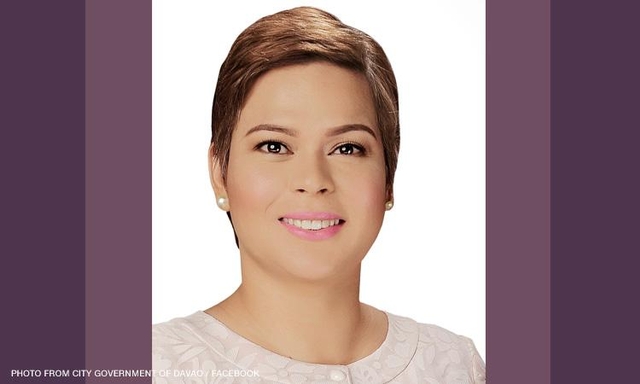 “The human body is made to carry just one baby and I am experiencing threefold all the pregnancy symptoms that a woman goes through. I am having a hard time with the symptoms as well as the complications of a multifetal pregnancy,” Sara said in the statement.

Sara assured the public that she will continue to work until her doctors advise her to stop.

The 38-year-old mayor also apologized if she would not be often seen in crowded places since her doctors advised against it to lessen her chances of getting infections.

Sara’s pregnancy explains why she filed a three-week leave of absence during the first day of work on July 1 and her absence during her father’s State of the Nation Address on July 25.

Married to lawyer Manases Carpio, Sara has two kids named Sharky, 7, and Stingray, 3. On the other hand, President Rodrigo Duterte has 9 grandchildren with his three kids with former wife Elizabeth Zimmerman: five from eldest son Paolo, two from Sara, and two from Sebastian. He has a younger daughter named Veronica with common-law-wife Honeylet Avanceña.

On Friday, August 19, Communications Secretary Martin Andanar said Duterte is “delighted” with the news of his eldest daughter’s pregnancy.

“He is also hopeful that she will be able to see through the pregnancy smoothly and well,” Andanar said.

How to Increase Your Chances of Conceiving Triplets

Conceiving triplets is considered rare, but there are number of factors that will improve your chances of having three babies all at once. Here are some of them according to Huggies Australia.