A transcript of Duterte and Robles’ discussion was also shared by Paterno Esmaquel II, Robles’ fellow reporter on Rappler, on Facebook. 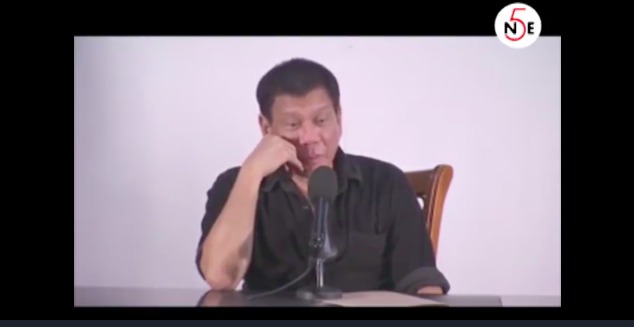 During the tough talking mayor’s press briefing on Thursday, June 2 at Davao City, Robles told Duterte that Davao City has an ordinance called “Women Development Code of Davao City”. Robles emphasized that under this law, “cursing, whistling or calling a woman in public with words having dirty connotations or implications” is considered a form of sexual harassment.

But before Robles could finish her sentence, Duterte whistled at her and said: “You know, you don’t have any business stopping me. That is a freedom of expression.”

Robles then stressed to the outspoken mayor that the said law states that there is a limit to expression.

To which Duterte replied: “If you go overboard and you start to harass the woman.”

“As a matter of fact, when I first saw you, I said,” Duterte added while whistling anew.

“But I would say, who gave you the right to presume that I was whistling because I saw you? You have to be in a room, kaisa ka lang, a man and you, and he would whistle?”

Robles then asked Duterte if he wasn’t whistling at Umali at the time she asked her question.

“You are guessing,” Duterte said.

In her defense, the reporter said she wasn’t guessing and pointed out that Duterte replied to Umali’s question with a whistle.

“I was exasperated by the question. Whistling is not a sexual thing,” Duterte insisted.

“Sir, for you it might not be sexual, but to others it might. So the world does not revolve around your definition,” Robles replied.

Duterte drew flak early this week after catcalling Umali during his press conference on Tuesday, May 31 in Davao City. Umali’s husband and GMA News anchor Raffy Tima called out Duterte for his behavior towards his wife.