DAVAO CITY, Philippines- Following an explosion in Davao City that took the lives of 14 people and injured more than 60 others, President Rodrigo Duterte on Saturday, September 3 declared a “state of lawless violence” in the country. His declaration, according to the 71-year-old President is different from martial law since there will be no curfews and no suspension of writ habeas corpus.

Duterte said the countrywide policy will be implemented until he feels that the Philippines “is already safe” from the threat of illegal drugs and terrorism”. 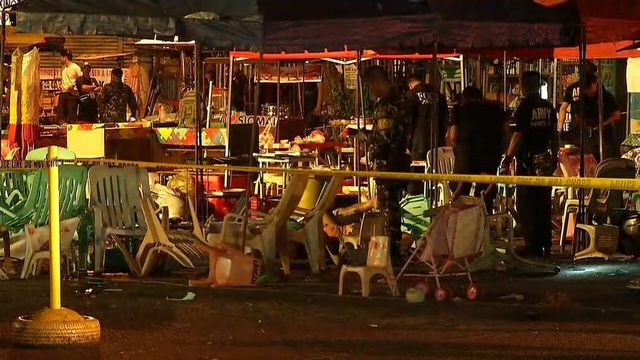 “It’s not martial law but it would require nationwide, well-coordinated efforts of the military and the police,” Duterte said.

The huge explosion happened on Friday, September 2 at around 10 pm at a popular night market in Davao City. Located in Roxas Avenue, the night market is frequented by both locals and tourists for bargain items and food.

Although the cause of explosion is yet to be determined, components of a suspected improvised explosive device (IED) were recovered at the blast site in Davao City. However, Communications Secretary Martin Andanar said it has not been verified if an IED caused the explosion.

“It’s either a reprisal of the terrorists from Jolo, Sulu due to the government’s operations, [the] war against terrorism there. The second possibility could be the reprisal of the drug lords,” Andanar told reporters.

Meanwhile, Davao Vice Mayor and Presidential son Paolo Duterte said that they are yet to determine who is behind the explosion.

“Right now, we cannot yet give definite answer to as to who is behind this as we are also trying to determine what really exploded. It’s a sad day for Davao and for the Philippines,” he said.

The city has been placed on high alert since the explosion.

What is an improvised explosive device?

IED is a bomb created and deployed in ways other than traditional military action and is commonly used as roadside bombs. It is usually used in heavy terrorist actions and unconventional warfare by commando forces or guerrillas.