A total of Php170,981.20 worth of relief goods were buried in the dumpsite at Brgy. Candauay in Dumaguete City, Negros Oriental in central Philippines after an inventory performed by the Department of Social Welfare and Development (DSWD) revealed that these goods had already expired in June.

The DSWD Field Office (FO) reported that the following have been disposed of:

The report outrage in the locality, especially because such goods could have fed thousands of families! 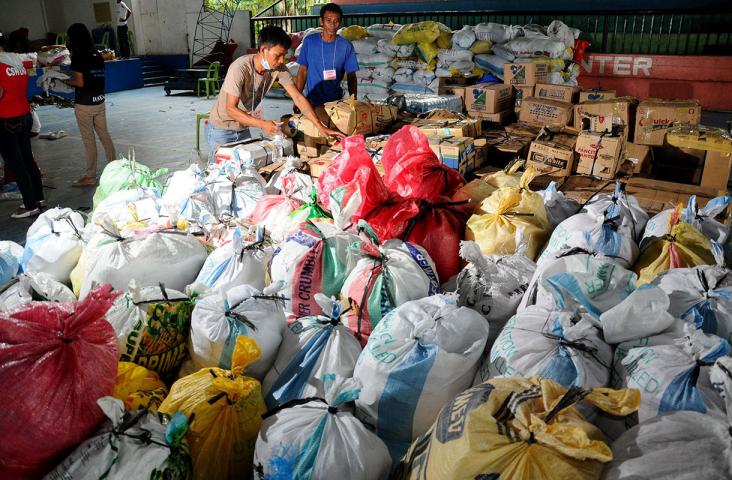 In a press statement, DSWD Secretary Judy M. Taguiwalo sought for a full explanation from the FO why the goods were not released to the needy; she also apologized to the Filipino people and issued new guidelines to ensure that such would not happen again.

“These relief goods were purchased using government funds, and this immediately means that they are property of the Filipino people,” Taguiwalo said. “I have been previously assured that the DSWD and all its units that are responsible for stockpiling relief goods have established safeguards to prevent a repeat of what happened in the aftermath of ‘Yolanda’, but now it is evident that we need to take a closer look at the safeguards to ensure that they are working.” 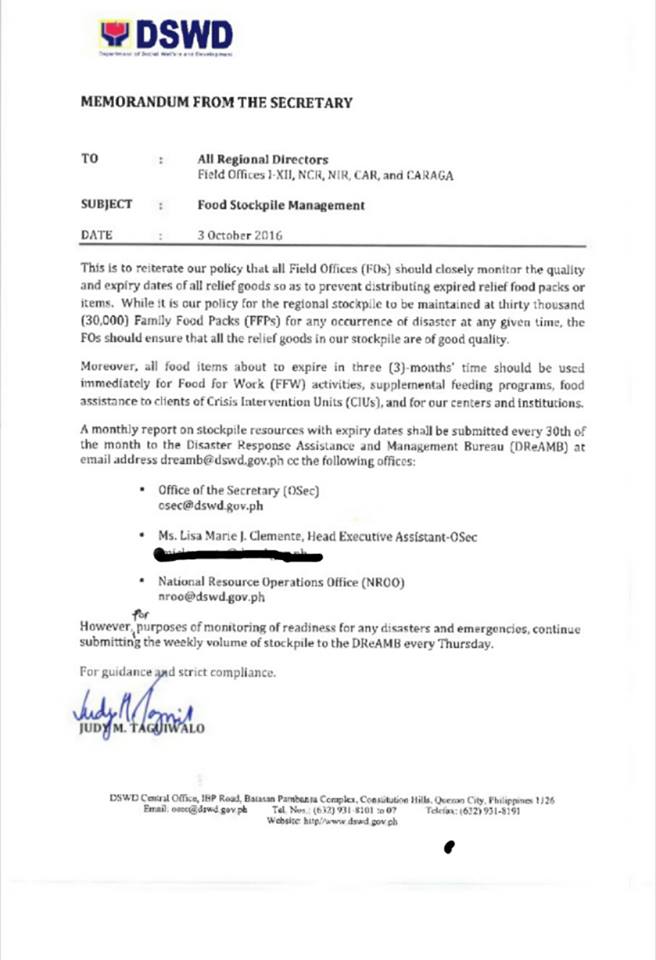 It can be recalled that a similar thing happened with the relief goods for the victims of supertyphoon Yolanda but instead of apologizing, then DSWD Secretary Dinky Soliman launched an investigation against InterAksyon and TV5.

The DSWD inquiry concluded that a TV5 crew supposedly manipulated their video footage to show disposal of the goods but TV5 denied that they spliced the video and had only reported what they had taken in the field.