One jeepney driver recently went viral for returning the money of a student who took the wrong ride.

Commuting is such a challenging thing to many people, especially those living in the big cities were streets are too wide that you just can’t cross anytime you want because you might get hit by a rushing vehicle.

Many times, you have to walk several meters to find a pedestrian overpass so you can safely cross to the other side of the street. Such is often important, especially if you are trying to cross a busy highway. At times, commuters need to ride another form of transportation just to get to the other side – perhaps a tricycle, if it is allowed to pass through or across the particular street you need to cross.

But when riding a bus or jeep that ply a fixed route, it is important that you know whether it will pass by or near your destination.

Take for example one student of Eastwood College in Dinalupihan, Bataan who rode the wrong jeep heading for school.

According to Lan Smith Bulaclac, another passenger on that jeep, the student had mistakenly ridden the jeep as she thought it would pass by her school. But minutes later, the jeep was nowhere near her school and had already gone to the public market, much farther from the school. 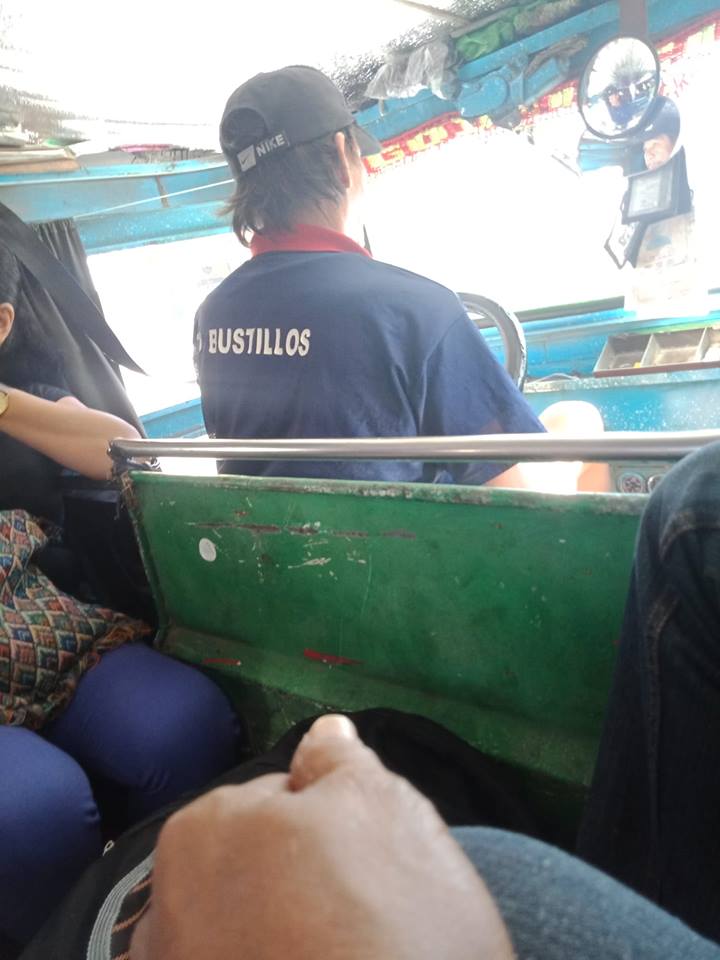 Upon realizing her mistake, the student asked the driver for her change as she had given him Php50.

Considering the student had ridden the jeep for some distance already and it was really her mistake that took the wrong ride, the driver could have taken her money. Instead, he gave back her Php50! The driver told the student to take her money back and that she should ride a tricycle to get to her school.

Impressed, Bulaclac shared a photo of the driver; though his face was not clear but he gained much praise from netizens who were impressed by his kindness.