Home
News
News & Culture
What Do Dogs See When They Watch Television?

If you’re letting your dog watch television with you, you might be wondering if your pooch enjoys seeing what you see. Apparently, dogs, just like humans, prefer certain videos and images from the boob tube.

Several past studies have revealed that dogs are initially attracted to television and other devices because of certain sounds like dogs barking and whining, humans giving dog-friendly praises and command as well as the sound of toys squeaking. A recent study carried out by researchers from University of Central Lancashire has recently showed that our pooches prefer watching other dogs. 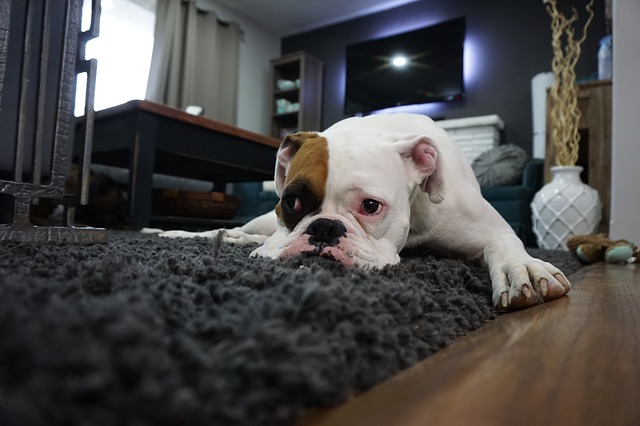 But unlike humans, dogs can only see within two spectrums of light, blue and yellow, due to their dichromatic vision. Because of this, canine TV channels use and prioritize these colors in their programs. Moreover, our four-legged furry friends’ eyes are more sensitive to movement than humans. Veterinarians believe that the improved flicker rate of high definition television has allowed dogs to better see media on TV.

However, scientists are still not sure whether dogs enjoy watching TV. While humans watch TV in order to release stress or feel a variety of emotions, factors that motivate dogs to watch TV remain undetermined.

In terms of preference of TV programs, the researchers have found that this depends on the dog’s personality, preference, experience, as well as what its owner prefers watching.

It is important to note that dogs often have very short interactions with the media and that they would rather glance at the TV than focus on it. With this finding, it is ideal to just let dogs see snippets rather than long storytelling programs.

Fun Activities to Do with Dogs

Dogs often have behavioral problems because they are either experiencing boredom or have too much excess energy. Dog owners should find ways to exercise their pet’s body and brain too avoid such issue.

Here are some fun activities to keep your dog moving.