Cancer-stricken Nancy Franck was delighted to find her 10-year-old pet dog Sissy in her hospital room. She thought daughter Sarah Wood had decided to surprise her by bringing the pooch to the hospital.

What they all did not know is that the dog had run away from home and spent the next hours walking the 20 blocks between the house and the hospital to visit Nancy. Considering how small the legs of a Miniature Schnauzer are, this was certainly a major feat for such a lovely little dog.

But here’s something that will surely puzzle us all: Sissy has never been to the hospital before! 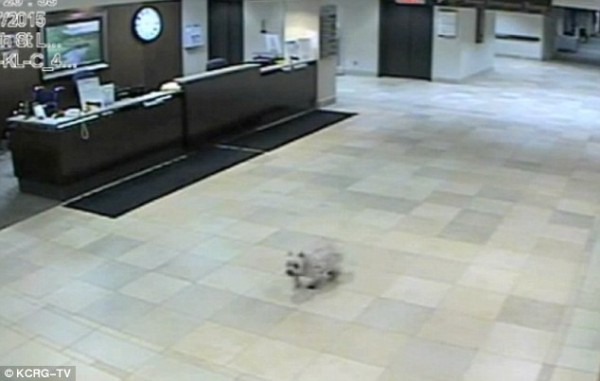 CCTV footage taken across the hospital clearly shows Sissy walking inside the hospital alone and moving across the corridors in search of Nancy’s room. What a smart dog!

Hospital security found her and used her tags to call her home. They were surprised to learn Sissy’s owner was confined at the hospital. No one knew how the dog found her way to the hospital, especially because the family said Sissy had never ran away from home before. 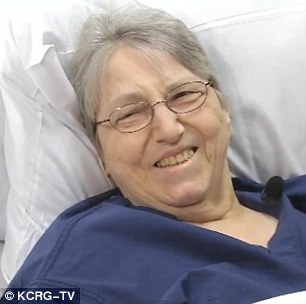 When Nancy later asked Sarah if she was the one who secretly smuggled the dog in, the younger woman had a laugh and told her mother it was Sissy who did everything, “No, [Sissy] snuck herself in. Set the door off — she got in by herself, too. So, she was on a mission.”

Back at their home, Nancy’s husband Dale was already panicking upon realizing Sissy was gone. He had brought their two dogs, Sissy and Barney, outside to relieve themselves but only Barney went back inside the house.

Sarah laughing said she was sure Sissy was proud of herself for her outstanding feat and would when she gets home, she will tell Barney, “Guess who I got to see, and what I got to do, and where I went?”

The Miniature Schnauzer is a small dog classified under toy breeds. The breed originated in the mid-to-late 19th century in Germany. According to the Wikipedia, the breed actually started out as a medium-sized farm dog but was later combined with other breeds to produce a smaller size. 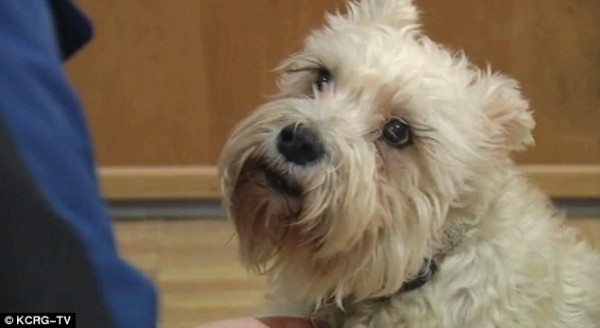 Around 20% of Miniature Schnauzers live for more than 15 years but most only live below or just a little over 12 years before passing away. Sissy in the story above is 10 years old.