Most of us probably know the tragic feeling of losing a pet. But what this five-year-old-girl apparently experienced is beyond any dog lover’s nightmare.

The story of a young girl reportedly from Northern Vietnam who found her missing dog cooked and being sold in a dog meat stall has taken the internet by storm.

A report by  People’s Daily Online revealed that the Vietnamese youngster’s dog named Flower mysteriously disappeared. The unidentified girl went searching for her beloved pet who had been under her care for years.

The little girl was shocked and most likely traumatised after recognising Flower, who was already fully roasted. A heartbreaking photo of the girl crying and holding her deceased pet spread like wildfire in the social media. 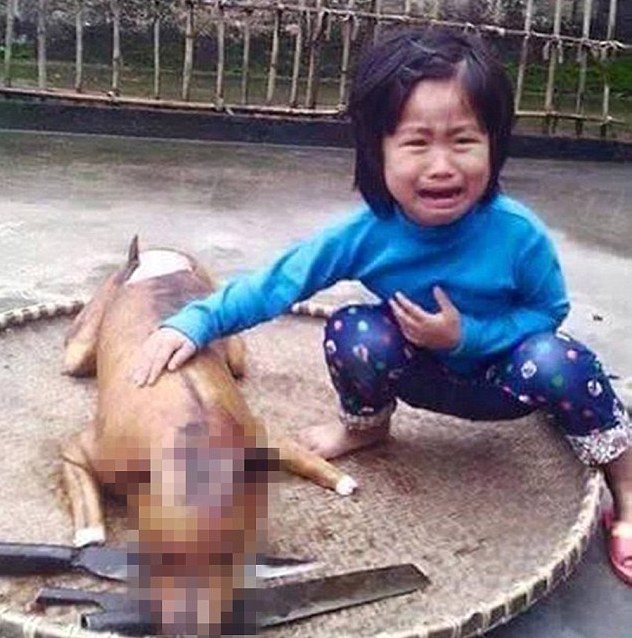 According to a documentary of Channel 4, about seven tons of dogs are being shipped out to Hanoi everyday for dog meat. The report also revealed that many of these dogs are actually pets stolen from the owner’s residence at night.

Dog Meat Trade in the Philippines

Even in the Philippines, dog meat trade actually exists. As reported by the Animal Welfare Institute, almost half a million dogs are slaughtered yearly in the country which primarily occurs in Baguio City.

At least 25 dog meat restaurants were found in Baguio, while two dog slaughterhouses were discovered in Pangasinan. In Laguna and Batangas, the investigators documented the existence of seven dog meat traders. Moreover, there are more underground businesses involved in the trade in the Northern Philippines.

The Philippine National Meat Inspection Commission declared the consumption of dog meat as dangerous since individuals are put at risk of E. Coli 107 and salmonella infection. Furthermore, dog meat is associated with the spread of rabies.