An anti-poaching dog is the newest recruit to a Kenyan team that aims to stop illegal hunters from killing rhinos.

Diego, a dog from the Ol Pejeta Conservatory in Kenya, reaches a speed of up to 40 mph, giving him the advantage to easily catch poachers in Africa. Dubbed as a “rhino’s best friend”, Diego is tasked to protect the last northern white rhino in the world. 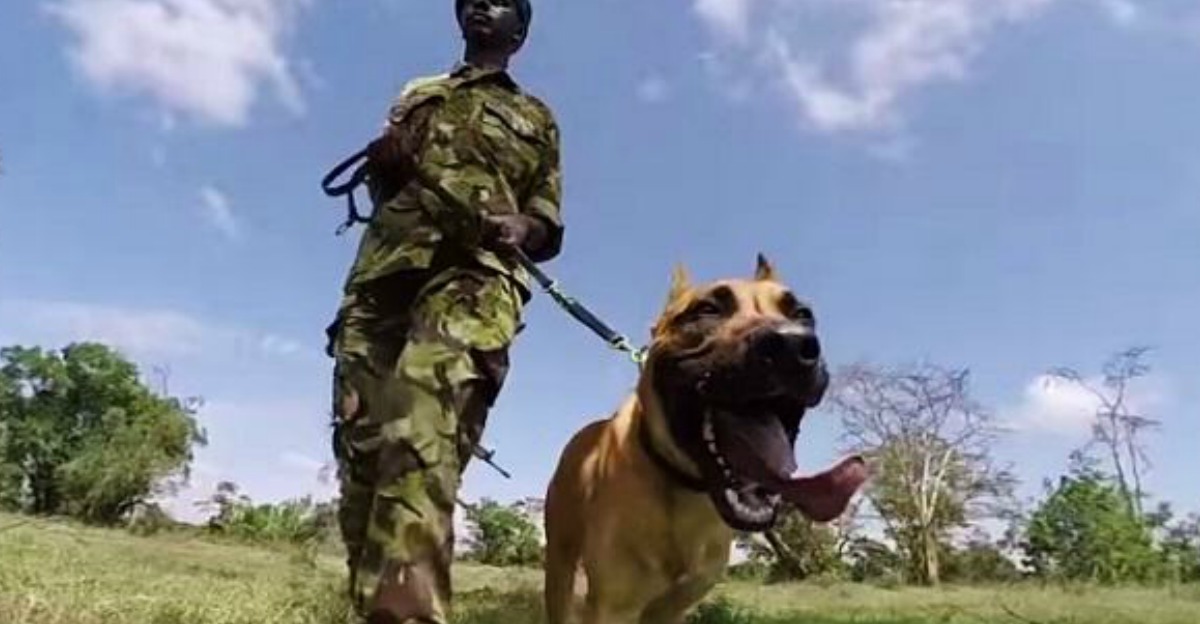 Because of Diego’s skills and dedication, the sanctuary has not lost a single rhino in over a year.

A footage showing Diego’s perspective as he attempts to catch a cowardly poacher was filmed using a GoPro camera attached to his back.

We can only hope that  Diego and his team’s efforts will totally stop rhino poaching in the near future.

The world is desperate to save Sudan, the last northern white rhino in the planet, from poachers that he has 24/7 Armed Guard Protection. Surrounded by 40 armed rangers, 40-year-old Sudan shares the 90,000-acre Ol Pejeta Conservatory with 23 white rhinos and 105 black rhinos.

Aside from Sudan, two other female white rhinos are being monitored closely.

In the past years, rhino poaching soared to alarming levels making illegal poaching a crisis in South Africa. Today, three of the existing species of rhinos, which are targeted for their horns believed to cure various diseases including cancer, are critically endangered.

To solve this problem, conservationists devised several methods to discourage illegal hunters from wiping rhinos off the face of the earth. While some scientists developed synthetic rhino horns to put an end to illegal wildlife trade, anti-poaching groups have started placing cameras on the horns of rhinos to discourage illegal poachers.