Dogs are among the most loyal creatures on Earth – and it is said that they are more loyal than humans could ever be! We’ve heard a lot of proof about that, including the heartbreaking story of Hachiko.

Another dog has recently proven its undying love and loyalty to its best friend, an elderly woman from a village in Malaysia.

Bobby the dog was the woman’s constant companion for many years; so, when she died, the dog couldn’t understand why she would no longer wake up and be with him. He stayed by her coffin during the wake. 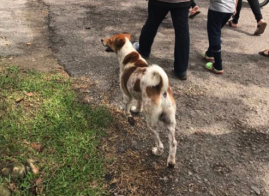 Then, as the family and the villagers took her coffin in a funeral procession towards the cemetery, the dog seemed to understand that this was no ordinary ‘trip’ for his best friend. So, he chased after the funeral procession, making the 2-mile journey to get there!

It was when the funeral procession was near the cemetery that the old woman’s great-grandson, Leong Khai Wai, noticed Bobby running along. The loyal dog continued to chase the car bearing his best friend’s body. 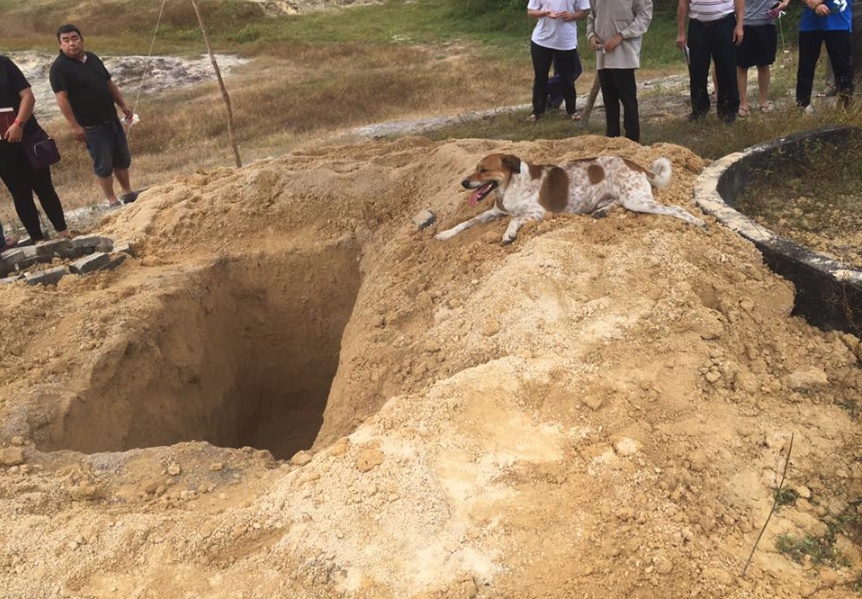 At the cemetery, it even seemed that the dog understood what was about to happened because it went to lie down on the freshly dug soil, waiting for the casket to be placed inside!

Bobby’s loyalty touched the hearts of those gathered at the cemetery that day, for they have not heard of a dog as loyal as Bobby! Even as the coffin was lowered to the ground, the dog watched carefully. 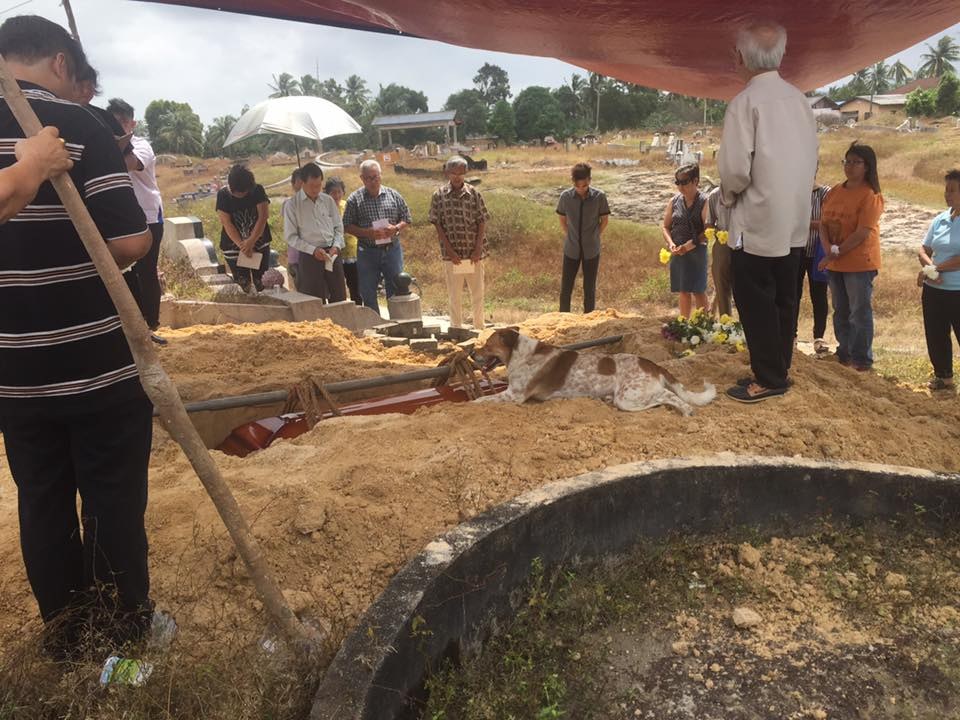 It must have bid farewell to its best friend because after the funeral, it readily went home with Leong and his great-grandfather; they are now the ones talking care of Bobby.

Old as he is, Bobby would soon be reunited with his human best friend but no one in the village is soon going to forget his outstanding loyalty to her…

You might be surprised to learn that most places do not have laws that require the dead to be placed and buried in a coffin; although this has long been the practice that most people do it anyway. Of course, there are places wherein the dead are only placed inside a shroud or blanket before they are buried in the ground.