A dog befriends neighbor on the opposite balcony – and the guy’s reaction quickly went viral. We could only wish that everyone could be as kind as this guy and as friendly as this dog…

Dogs can be such big softies – and they can befriend strangers if they want to.

That’s what one golden retriever did to a neighbor on the opposite balcony. 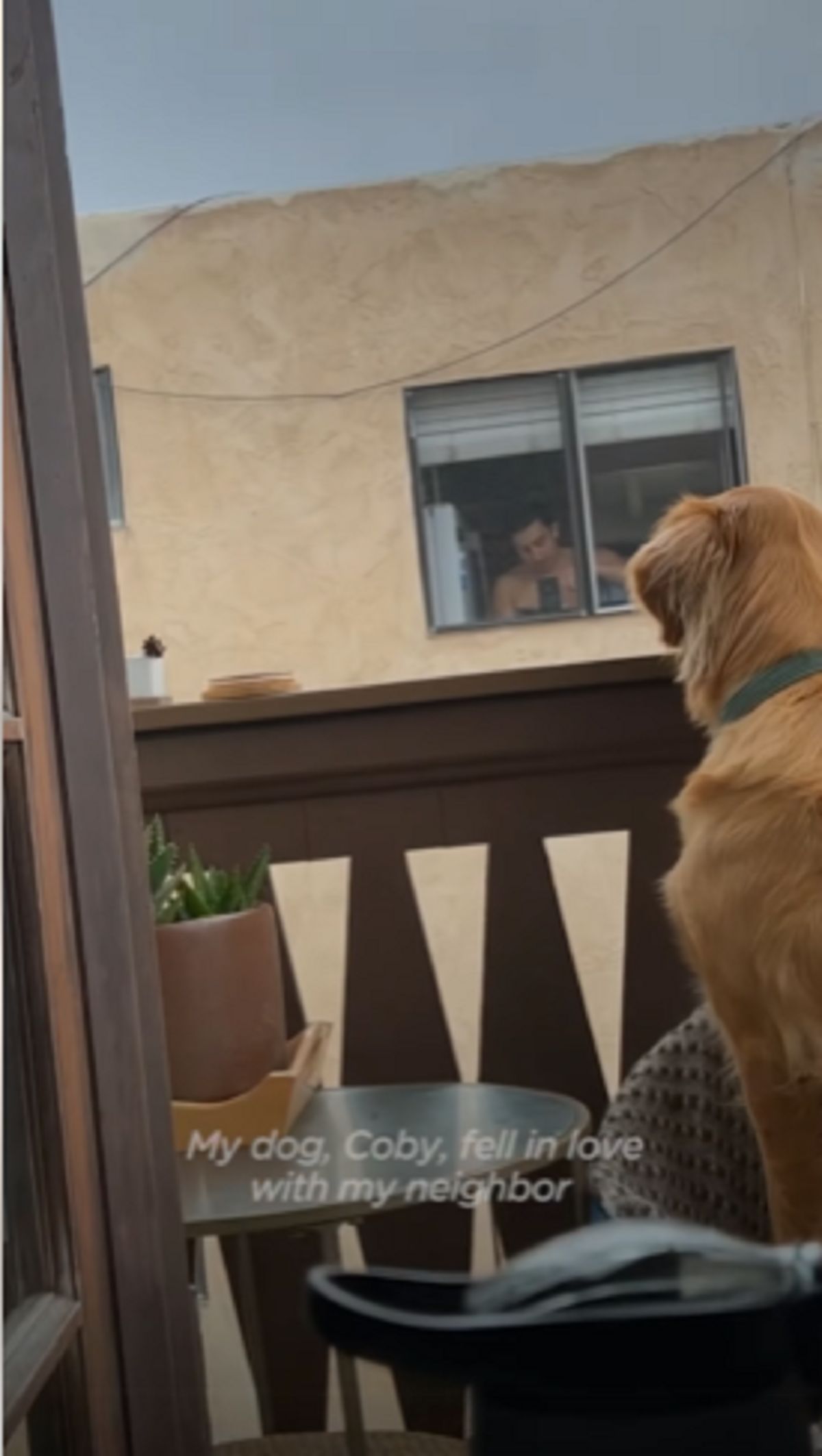 On TikTok account @itscobywest, Coby’s owner shares some of his videos – and some of these were about the friendship that the dog developed with their neighbor across the balcony.

This friendship is quite unusual because the guy he befriended, Sherwin, actually lives at the building across from theirs – and they’re several feet off the ground. 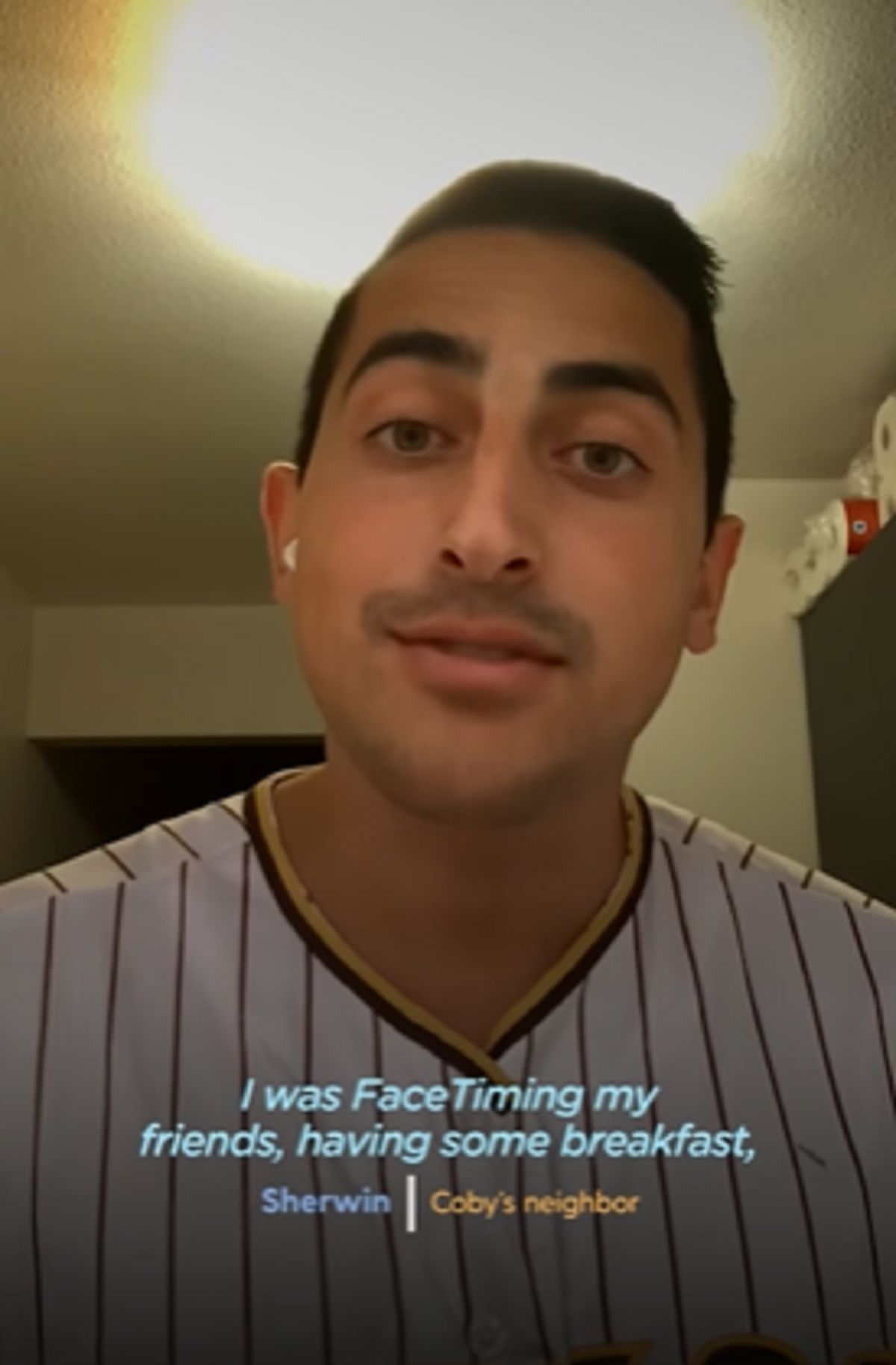 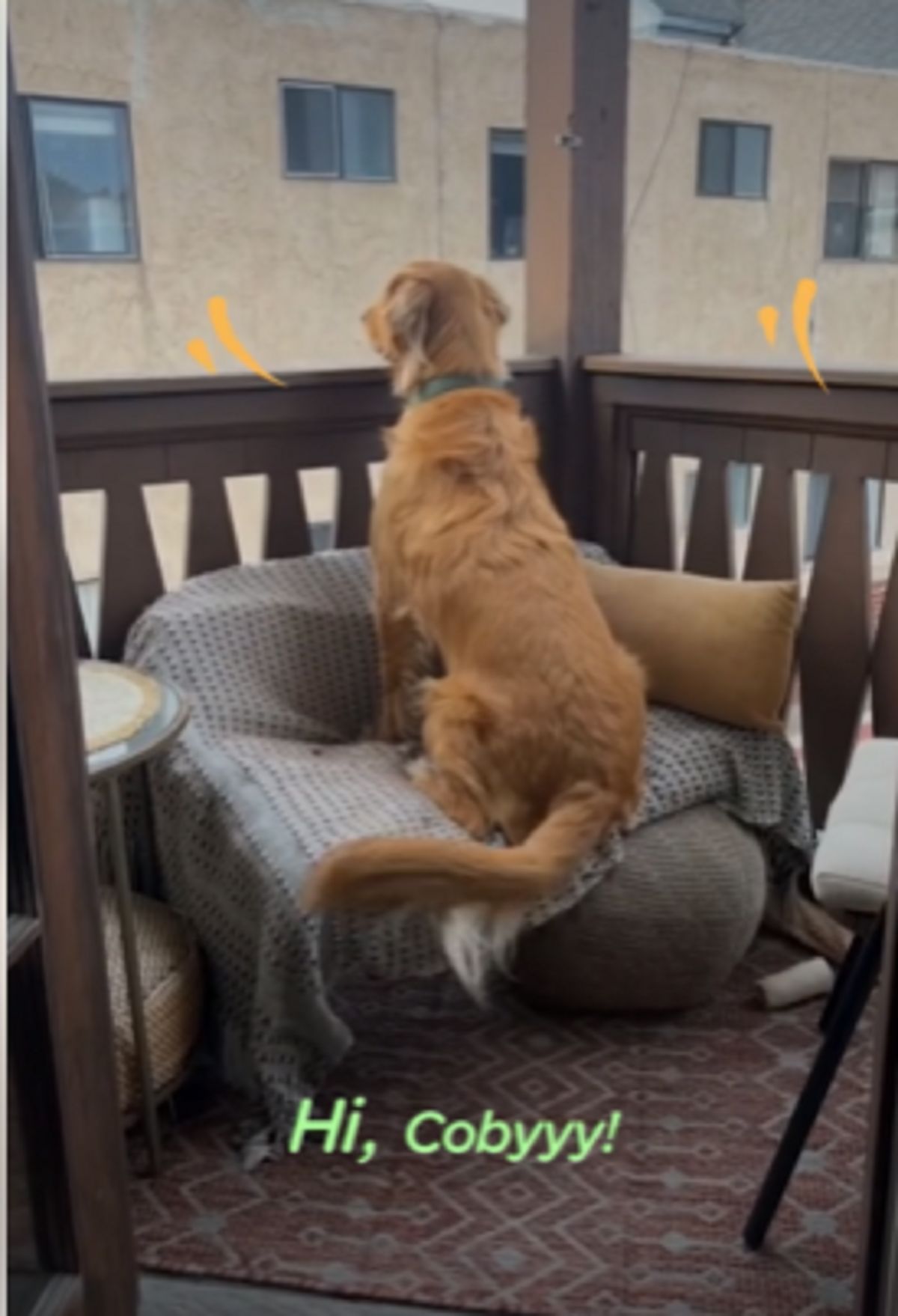 It all began when Coby’s furmom took a video of the golden retriever trying to catch the guy’s attention from across the street, but the guy didn’t even notice the dog because he was busy at the time.

The video went viral, with some of the guy’s friend telling him about it.

Luckily, this friendly guy played along because he also misses his dog back home – and coordinated with Coby’s furmom to get some treats across the balcony.

It was really cute how they established a system so that the neighbor could send stuff to Coby.

Of course, it would have been easier if they met up downstairs, right? But where’s the fun in that? It was pretty cool to have Coby receive the gift from their neighbor up there on their balcony. 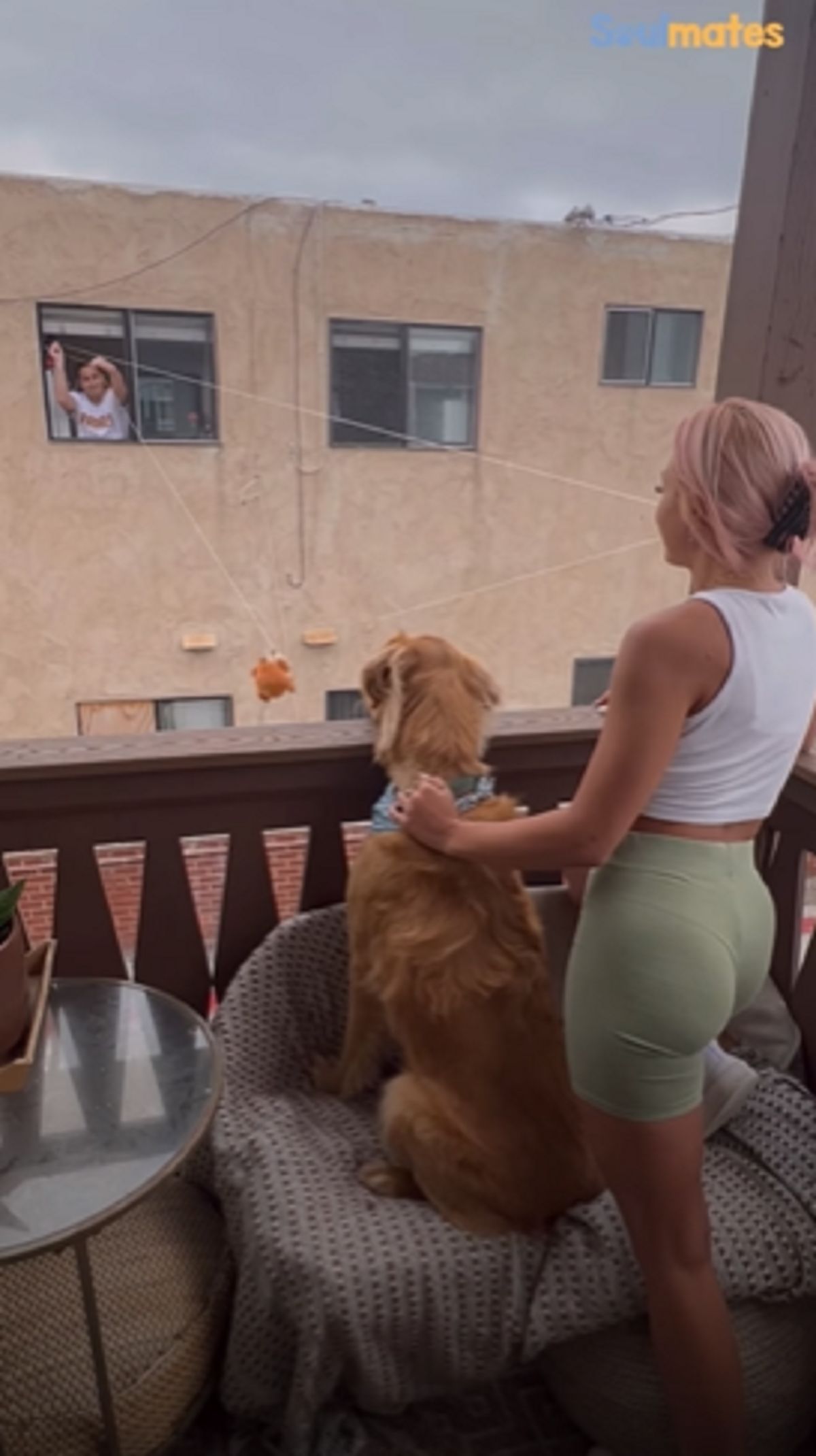 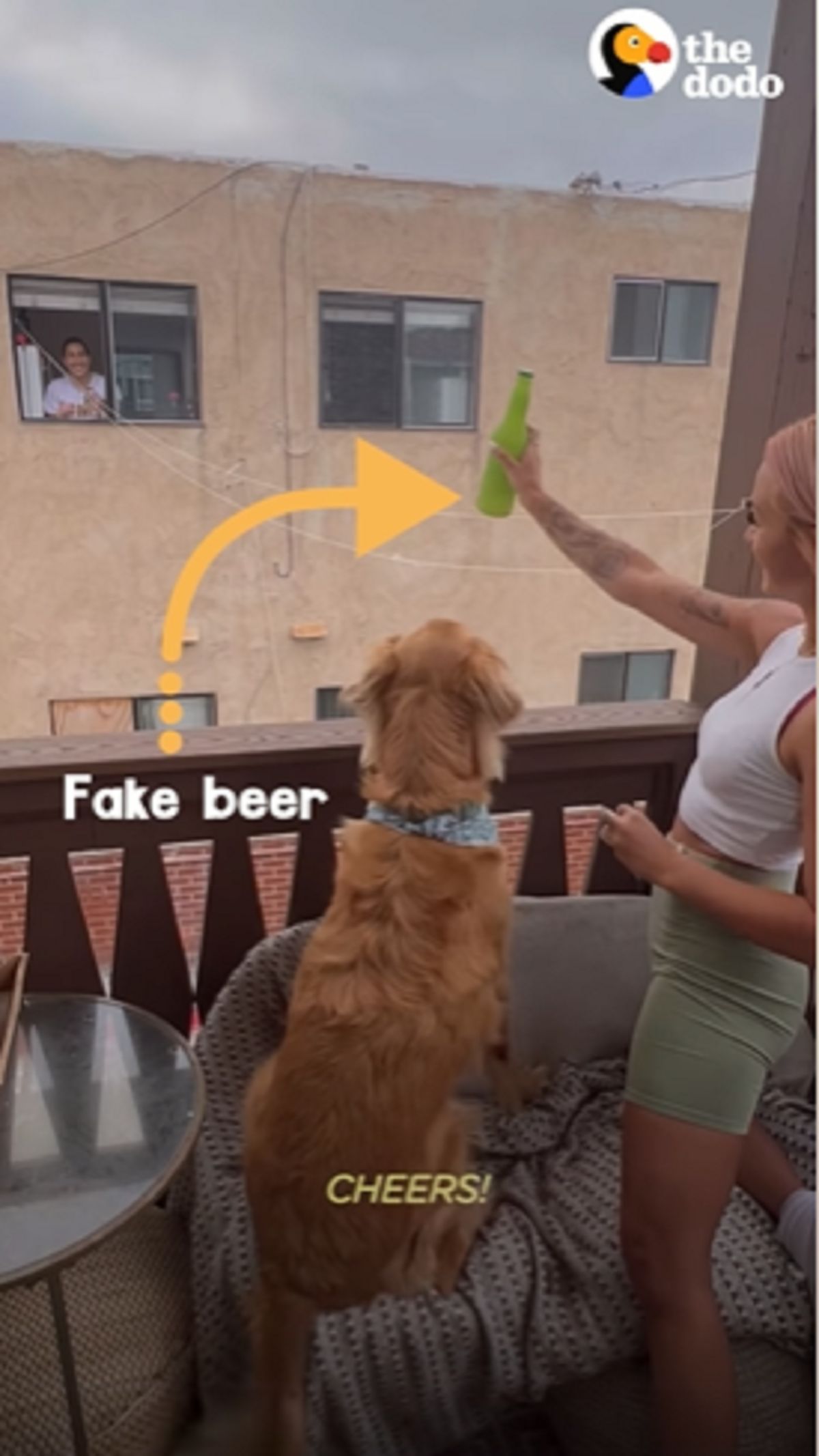 They had “parties” from across each other’s balconies. Isn’t that a lot of fun?

They eventually met up and they had a good time playing with each other.

Best Treats and Toys for Dogs

Different dogs can have different interests, but most will enjoy playing with: