There are so many trends that go viral on TikTok, whether as a prank, a joke, a challenge, or as a ‘life hack’. But doctors are warning netizens against copying the TikTok trend of putting garlic cloves inside their noses.

Aside from the danger of possibly inhaling the garlic in (if it’s too small), it can also lead to other medical problems! 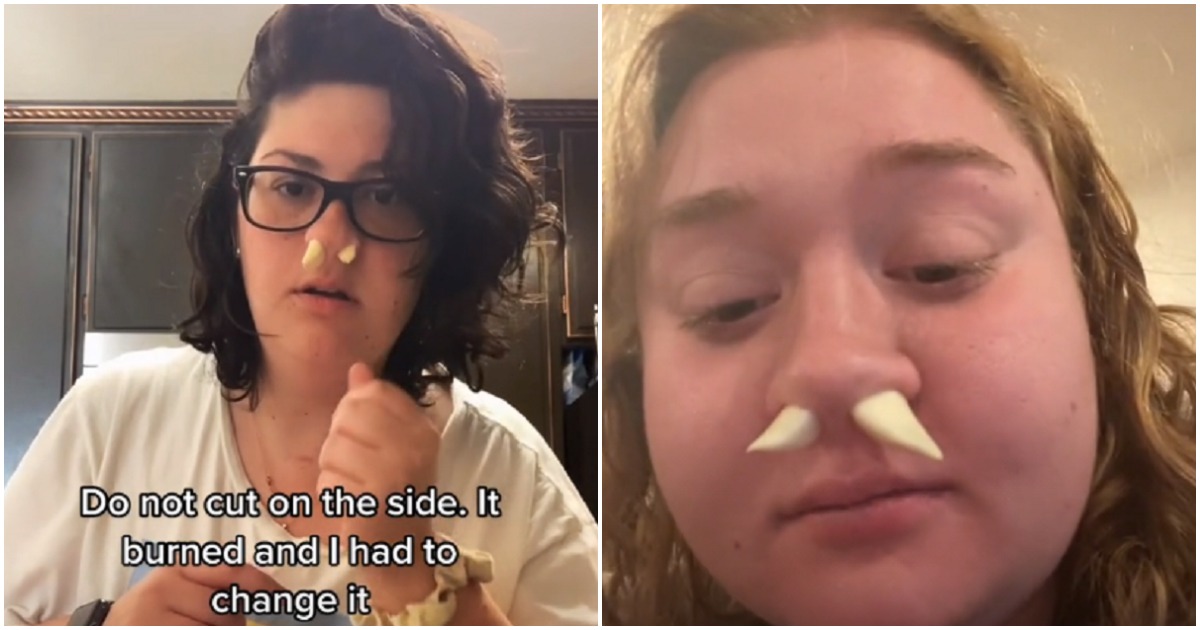 Do you follow trends on social media? Then, you must have heard of the TikTok trend of putting garlic cloves inside the nose. This supposedly clears your nose, especially if you have a stuffy nose due to colds.

But several TikTok users who tried the trend ended up with runny noses instead of getting it cleared! Many also experienced some form of irritation on their nose that lasted for several days.

For example, TikToker Rozaline Katherine, 29, put the cloves for around 15 minutes inside her nose. She heard about the trend and just wanted to do a video on TikTok as a joke.

But the ‘joke’ made her nose runny after she finally removed the garlic cloves.

“I didn’t think it was actually going to work which is why I filmed it more as a joke,” she admitted.

Others said that it hurt their noses so badly, especially because they sliced the garlic at the sides.

Doctors Warn About the Dangers of Garlic in the Nose

EENT (ear, eye, nose, and throat) Neil Bhattacharyya doctor said that copying the trend can lead to dermatitis on your nose.

“If you do this enough, the body will start to react to the oils and chemicals in the garlic and cause contact dermatitis in the nose,” he explained.

“Some garlic cloves are really strong, and if you get enough leaching of the chemicals and oils into your nose, it will definitely irritate it.”

He recommends using an over-the-counter nasal steroid spray or steam inhalation using garlic crushed in boiling water, instead of putting the cloves inside your nose.

Steam inhalation is a home remedy where various herbal products (mint, oregano, garlic, etc.) are mixed with boiling water while the patient inhales the steam.