Despite his disability and being bound to a wheelchair, an ambulant vendor in Caloocan City, Metro Manila in the Philippines did not let those stop him from finding ways to earn money to feed his family; thus, using the very wheelchair he needs for moving around, he sells buko salad outside the market and in the streets of the city.

Social media user A. Sabalza took some snapshots of the hardworking vendor and shared it on Facebook where it was picked up by Proud Pinoy page. 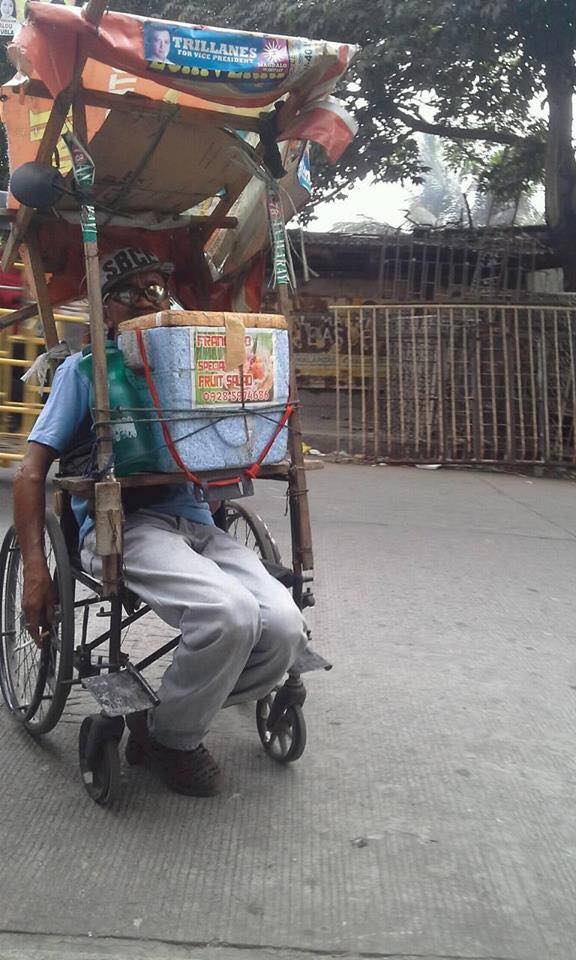 The post has since gone viral, with plenty of netizens commenting how this disabled man deserves to be praised and to be helped because he does not feel entitled and did not just wait for people to give him money – instead, he works hard to the best of his ability, no matter how difficult that may be.

According to Sabalza, this man could often be seen around the market, peddling his buko salad. Anybody who wishes to help the guy or give him stuff could find him there or even try to contact Sabalza (via Proud Pinoy) for help in finding the guy at the market area in Caloocan City. 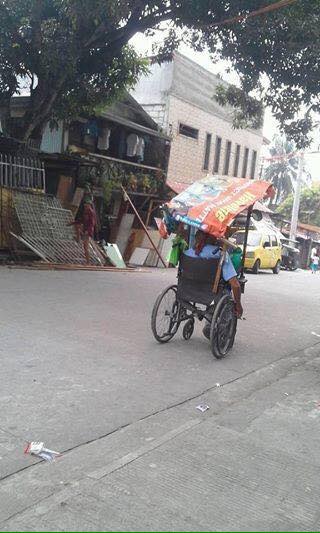 A number of those who commented on the photo expressed how this guy is a good role model to many since he did not let his disability get him down but he actually used his own wheelchair to move around so he could sell the goods every day; whereas there are lots of able-bodied people who choose to earn money dishonorably by stealing other people’s hard-earned money.

What is a Buko Salad?

Buko salad is a favorite food item in the Philippines. This food is often served as dessert but could also be considered a snack item. Buko salad consists of a mixture of fruits such as papaya, cherries, corn kernels, palm fruits, young coconut, and other items from canned fruit mix. Condensed milk, cream, and mayonnaise may also be added with the mixture.