A disabled cosplayer made waves after turning his wheelchair into an impressive “Mad Max” costume – and it was even complemented by his fierce ‘war girl’ girlfriend. The epic cosplay costume truly amazed people, especially after learning that he made the costume on his own!

There are plenty of people across the world, known as cosplayers, who truly invest their time and money in creating cosplay costumes of their favorite movie or TV show characters. They don’t mind spending a lot of money in these costumes, knowing that achieving the look is more important and would surely give them a lot of happiness. 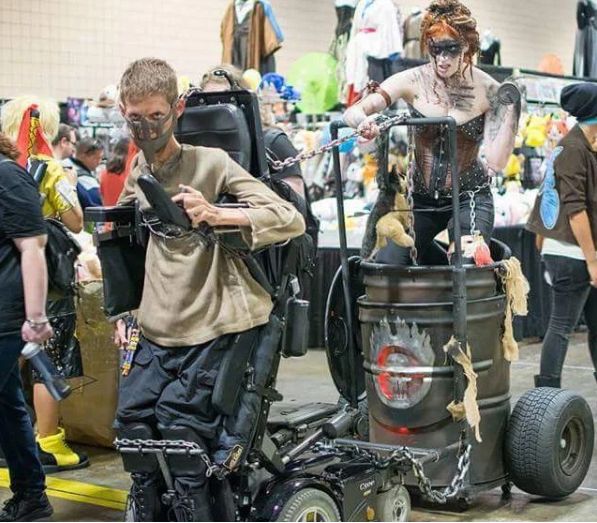 That’s exactly what engineering student Ben Carpenter felt. Born with spinal muscular atrophy, the cosplayer from Florida uses a wheelchair to move around. But this did not stop him from living his life to the fullest and enjoying the things he really loved doing – including doing cosplay. 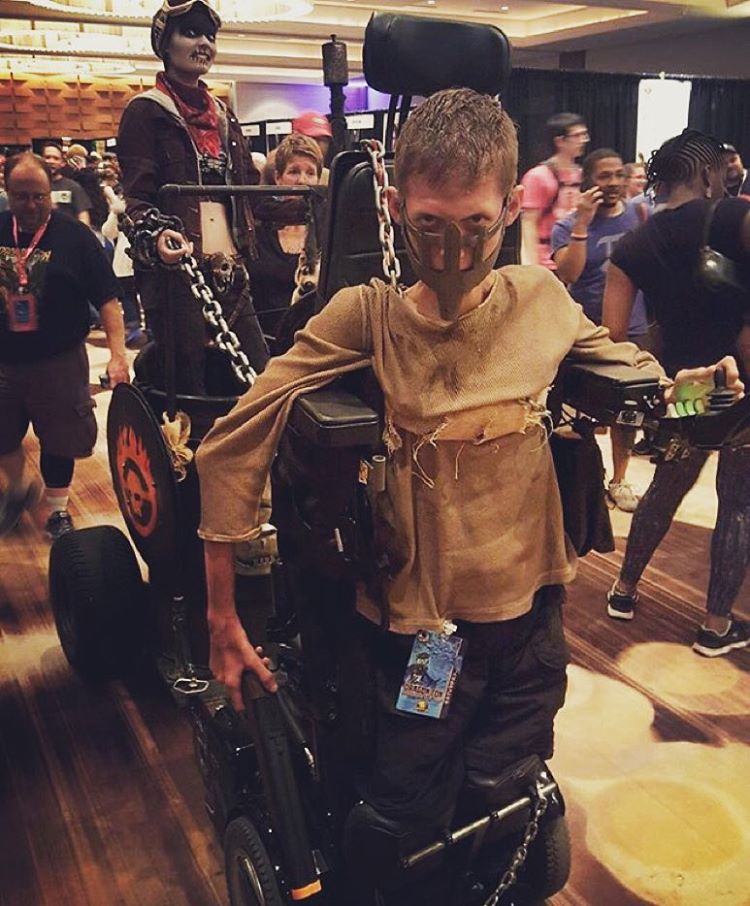 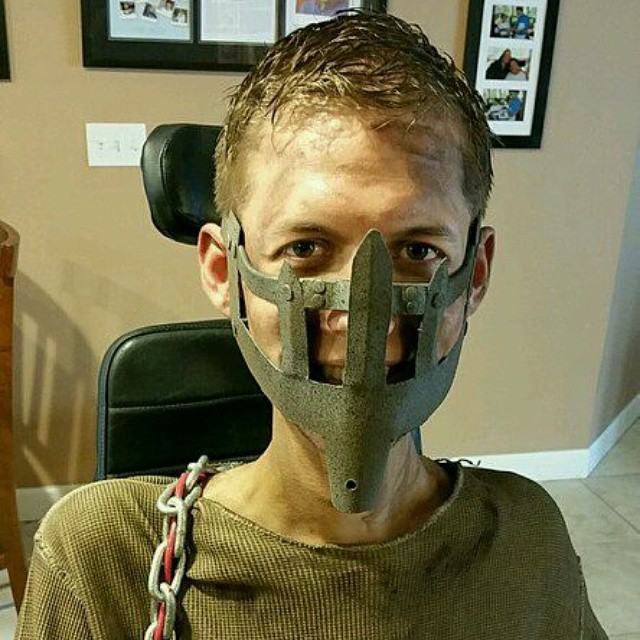 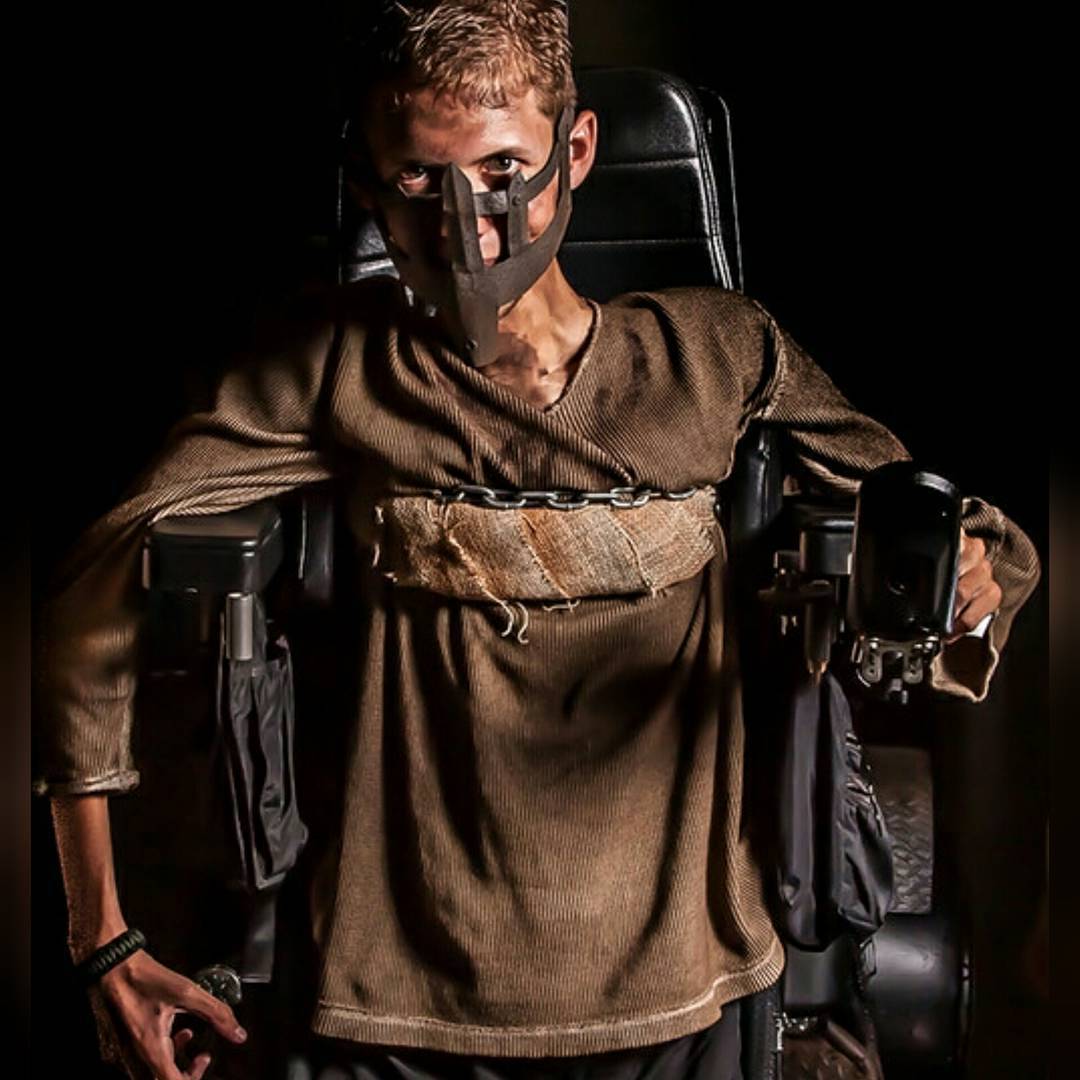 During a Dragon Con in Georgia, he turned heads with his epic “Mad Max” cosplay that he incorporated with his wheelchair. The “Mad Max” costume is his favorite, with modifications done to include a full buggy version for conventions that had more room to move around.

His girlfriend Amy is very supportive of this hobby and even enjoys cosplaying as his fierce ‘wargirl’ girlfriend to complete the look. 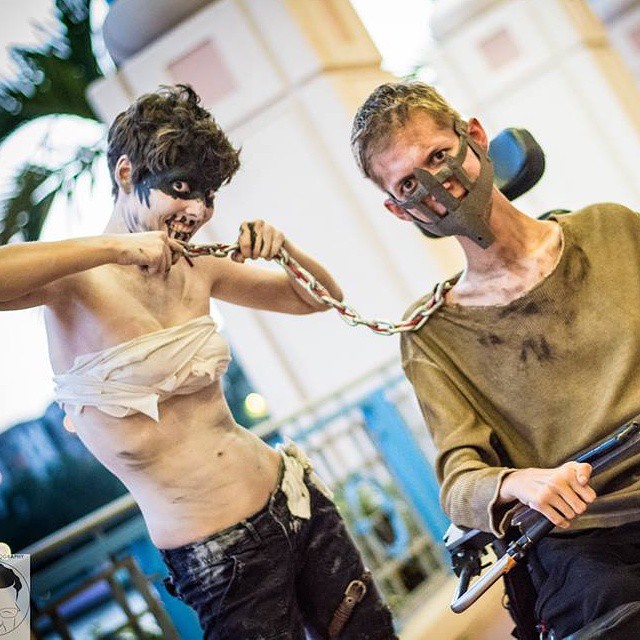 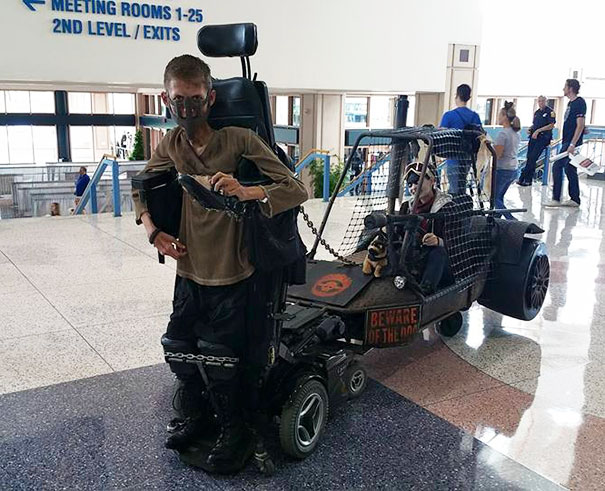 On days when he’s not, errrr, fighting warboys, the engineering student moves around with the wheelchair that has plenty of capabilities and allows him to stand up with full support. He also spends a lot of time creating his costumes on his own, even welding the “Bloodbag mobile” for the cosplay costume by himself. 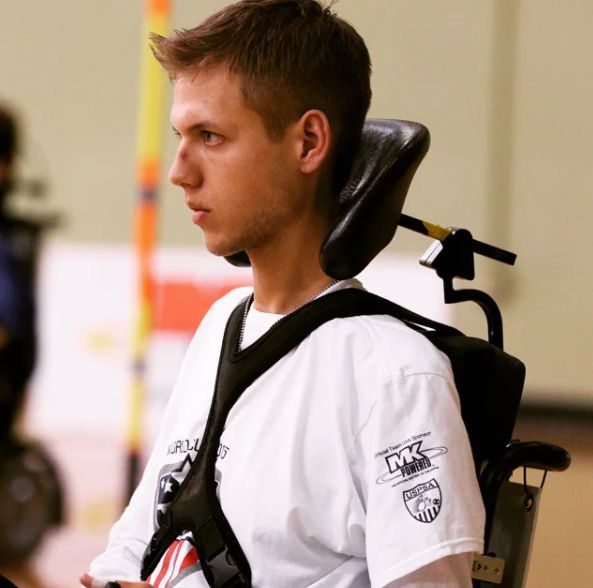 “Mad Max” is an Australian post-apocalyptic action film series whose success is largely credited for launching the career of Mel Gibson.