Juan Samujo Briza is 32 years old and has been working as electrician and A/C technician at Star Auto Care Motors in Dubai in the United Arab Emirates – and he’s become a huge inspiration to many people because he works as hard as everyone else despite having disabilities.

Born with short legs, fused feet, and only one ‘complete’ arm whose hand also had fused fingers, Juan had difficulty growing up. He had to learn to do things twice even triple times as hard as people with complete limbs; but he did not give up.

As a kid, he was bullied by his classmates yet he managed to persevere and was able to graduate high school. Afterwards, he became a mechanic – a job that is certainly a huge challenge for someone like him who has incomplete limbs but he rose to the challenge and, amazingly, was able to land a job in Dubai. 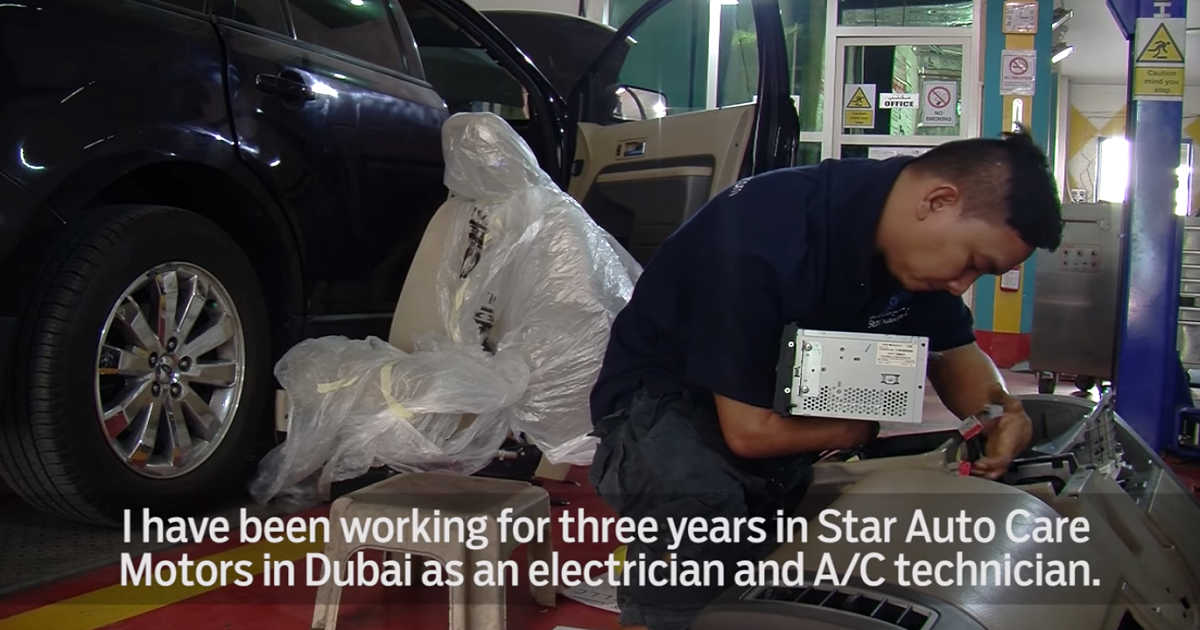 He’s been working there, now, for over 3 years. This simply goes to show that any person can do something, no matter how difficult it might be, for as long as he/she believes.

Juan has become an inspiration to many people and he urges everyone to try their best, whether they have complete or incomplete body parts. According to him, people with incomplete body parts should not consider themselves as ‘disabled’ because, like him, they can actually find ways to overcome the challenges in their lives!

Nomer Briza, Juan’s brother, greatly admires his younger brother and feels happy that he had found his place in this world.

Watch Juan’s inspiring story in this video by GulfNewsTV on YouTube:

Dubai is an emirate in the United Arab Emirates; it is best known for luxury shopping centers and ultramodern architecture. It is also a haven for overseas Filipino workers (OFWs) as there are plenty of jobs available in this fast-growing place.

Share this:
Tags:admirable OFW, inspiring OFW, OFW with no hands and feet