The human body is designed to repair and replenish itself to some extent when a person is resting; thus, it is important to take a break and get the required amount of sleep we need each day. While kids need more hours to sleep, adults require about 8 hours of sleep each day.

But what happens when we don’t sleep enough? Well, such could have negative consequences on the body but not getting any sleep in one full day is dangerous!

One policeman was found dead at his desk in a busy police station in China – and his death was attributed to being overworked because he didn’t take any rest in a shift that lasted 36 hours straight! 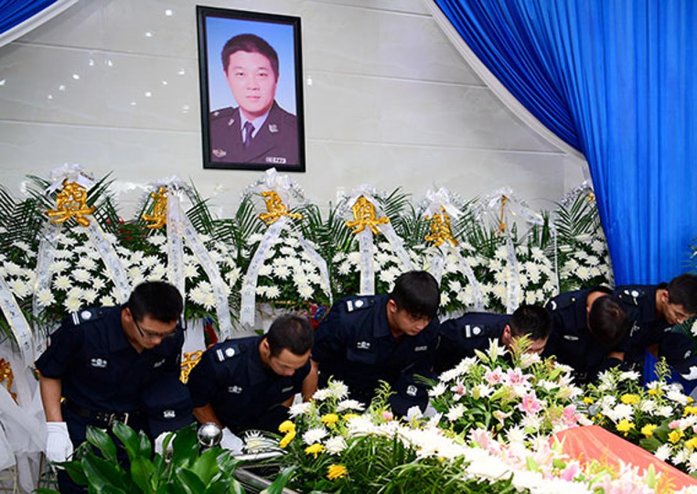 Gao Guangxi, 48, works as the director of the Chengnan police station in downtown Haian, China. With the station being one of the busiest in China, handling 15,000 cases each year, Guangxi had a lot of work to do.

He could have given some of his tasks to other police officers under him but the dedicated director personally handled matters. After a 24-hour shift last June 30 at the station which had jurisdiction over 120,000 people and over 30 km2 of land, he also went out to inspect 20 other branches of the station in the next couple of hours.

His wife Yang Mei called the station to ask the other officers to check on him because she failed to reach his number even after trying multiple times. It was a colleague, Zhang Jianhua, who discovered him hunched over his desk, already dead.

Deputy director Lu Xuqing told reporters that it was not unusual for Guangxi to work 24 hours straight. He said, “We work at one of the busiest stations in the downtown area, and sometimes cases flood the station.”

Officer Ge Naijing of the Haian public security bureau said, “Gao was a good police officer and a loving father as well. The only person he forgot to take care of was himself.”