Home
Videos
Viral Videos
Deaf, Mute, And One-Legged Worker Haven’t Had A Day Off In 12 Years, And He Is Happy About It

Problems and struggles are a part of our lives. Some give up on it, but some don’t. Some feel that they are unfortunate while others know how to make the best out of their situation.

Just like this man who has only one leg, is deaf, and mute but still manage to work diligently in spite of his disability.

Shang Wuyi is a 46-year-old street sweeper at Xi’an, China. He has been working for almost 12 years. He works together with his wife, Wang Yaqin, who’s also a street sweeper. Every day, they would wake up at 4 am to go to work. Shang has never taken a day-off ever since. 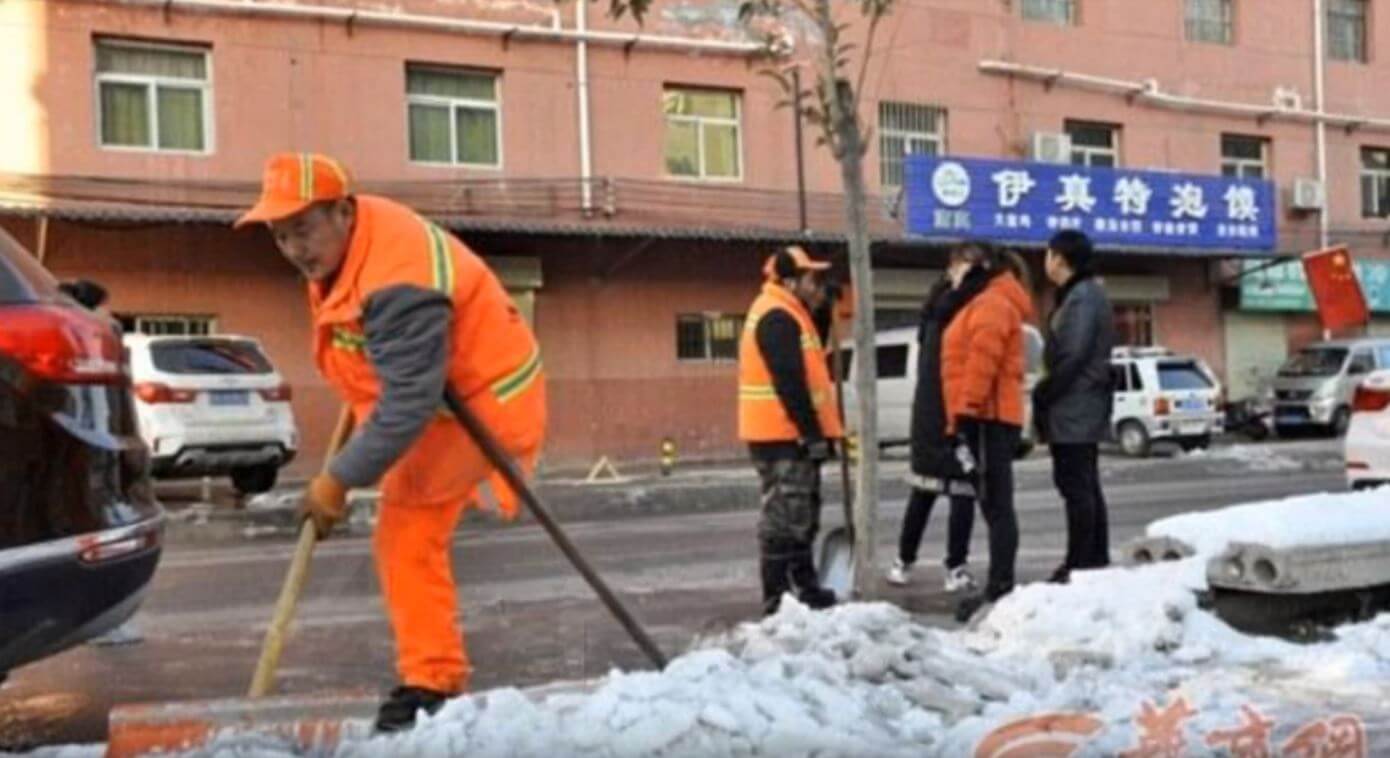 When asked about his dedication towards work, Shang playfully said that he loves working because he was born on May 1 which is the International Worker’s day.

Their dedication towards work is very evident that this couple goes to work 30 minutes before their shift. What an industrious individual.

According to Huang, Shang’s boss, at first he thought that Shang might have a problem in doing the job because of his disabilities but Shang’s dedication proved him otherwise.

He said, “But according to my observations, Shang can complete his tasks well. He’s not only hardworking but also sweeps the roads very clean.”

Wang said that Shang was born deaf and got his disability from his mother. Shang and his sister both have a hereditary disability. Wang also explained how Shang lost his other leg. She said that Wang got into an accident when he was still 7 years old, where a coming train, which he didn’t notice, run over him.

“Although he can’t talk, I know he cherishes his job a lot. He knows his body has disabilities, so he has to work even harder than others to keep his job,” said Wang, who has been married to Shang for 21 years.

Shang’s story is an inspiration to everyone. It shows that life must go on no matter what. It doesn’t mean that when you have disabilities or any struggles in life you’ll just stop there, lurk in the corner and think how unfortunate you are. Shang clearly tells us that life is wonderful in spite of everything. 🙂