In September 2016, Dr. Drolah Sanchez, a doctor at a public hospital in Batangas, Philippines, shares her firsthand experience of a miracle which she believed was made possible by the intercession of St. Teresa of Calcutta, more popularly known as Mother Theresa.

In a post on Facebook, Dr. Sanchez narrated how she was at the brink of giving up on her job. Always working on 48-hour shifts plus longer extensions, overworked and underpaid, unable to eat properly at meal hours, and getting literally sick, she was really ready to quit.

But this changed the moment she experienced a miracle happen right before her eyes.

At the end of her 48-hour shift, a nurse informed her that a patient arrived and seems to be having difficulties, not just because the woman, Prescila Catarinim, had been in labor for several hours but also because the baby was in breech presentation with the shoulder going out first. Moreover, the child is post-term at 42 weeks and the amniotic sac had long burst, resulting in low fluids for the baby. 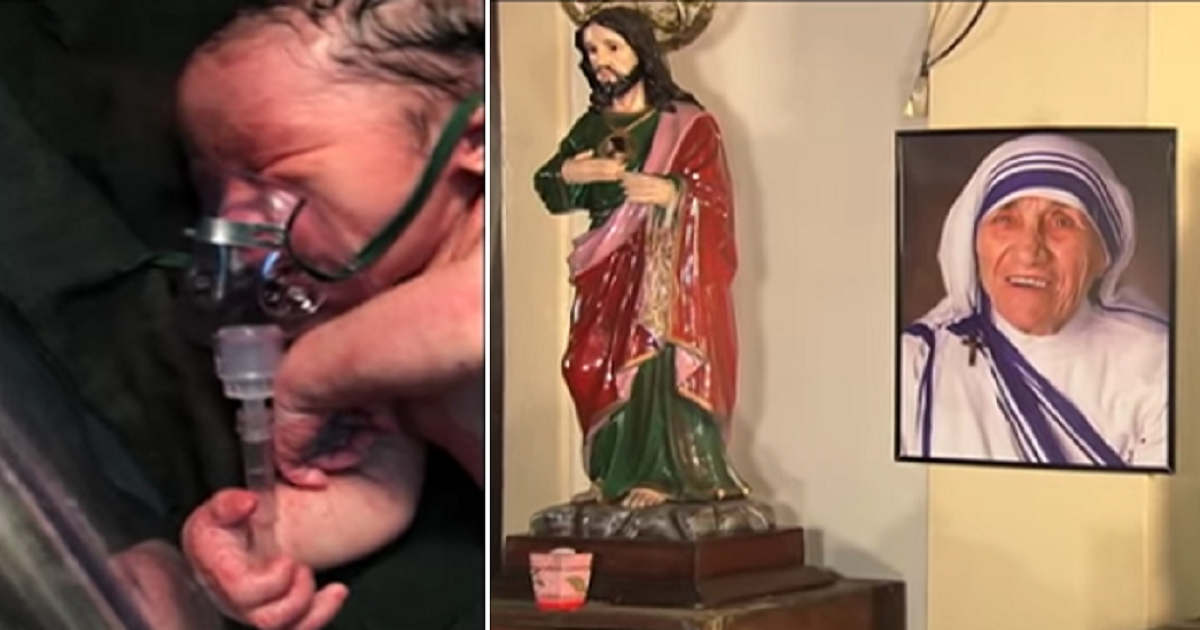 At the time the mother arrived at the hospital, the baby had already ingested its own waste.

With no time to lose, Dr. Sanchez delivered the baby despite its rectum part now the one going out first! She slowly got the rest of the baby’s body out but by then, it was already dead. She also discovered that the baby’s umbilical cord was twisted around the neck!

Dr. Sanchez had to inform the mother and the grandmother that the child was dead at birth because of many complications; however, she did not give up trying to revive the child despite obvious signs that it was dead.

She prayed for intercession from Mother Theresa, saying that if the child won’t be revived, then it was the sign that she should really quit her job. Fifteen minutes later, nothing still happened – and the doctor knew that if the child would be revived by then, it would have abnormalities due to the stress of not having oxygen in the brain.

Amazingly, a few more minutes later, the child actually started breathing and crying! Dr. Sanchez was filming the whole thing as proof of the sign that she should quit but ended up with a proof of an amazing miracle!

Catarinim would name her daughter as Maria Theresa in honor of Mother Theresa.

Who is Mother Theresa?

Mother Theresa was a nun who actually hailed from the Republic of Macedonia but lived most of her life tending to the poor in Calcutta, India. She was canonized as saint in September 2016, the same month as the miracle that Dr. Sanchez witnessed.