Calling it “frailties of a woman”, Sen. Leila De Lima finally admitted her relationship with her former bodyguard and driver, Ronnie Dayan, while she was interviewed by Winnie Monsod on “Bawal ang Pasaway kay Mareng Winnie”. But the public admission could have legal consequences against the senator because Dayan is married; though he is separated from his wife but not legally.

The admission by [Sen. Leila] De Lima on her romantic, albeit illegal and moral, liaison with her bodyguard-driver validates the accusation of President Rodrigo R. Duterte that the senator committed unlawful and immoral acts and opens her to  a criminal charge of adultery, her lover being a married man.

To save the Senate from further embarrassment, she must voluntarily resign. She has herself to blame for the present destructive predicament she is in.

With her aforesaid admission President Duterte has been vindicated on his accusations against De Lima and put a lie to her pretended protestations of innocence and her cry of being a victim of persecution.

Does this mean that De Lima could face charges of adultery and also administrative cases? She could be disbarred! Many netizens and even Panelo believe that her admission about the relationship could strengthen the case regarding her involved in the drug trade. 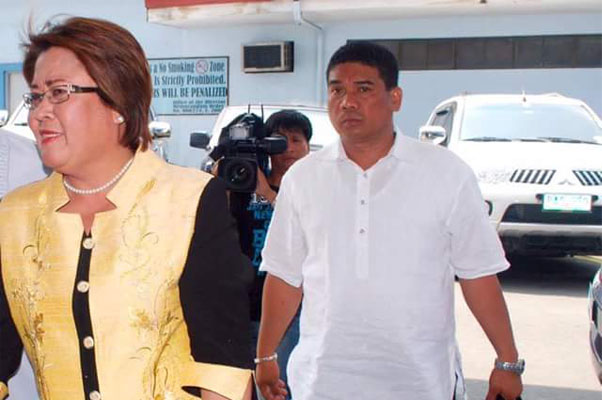 De Lima did reveal that she broke up with Dayan before running for senator but even then, she could still face several court cases especially because she publicly admitted to her relationship with her married bodyguard…