MANILA, Philippines- Senator Leila De Lima has answered President Rodrigo Duterte’s allegations linking her and her driver to illegal drug trade. According to her, there was some truth to the President’s remarks but emphasized that a lot of what he said were lies.

(There is some truth to that but most of it are exaggerations, distortions and lies. And foremost of the lies is his accusation that someone is collecting for me in Bilibid.) 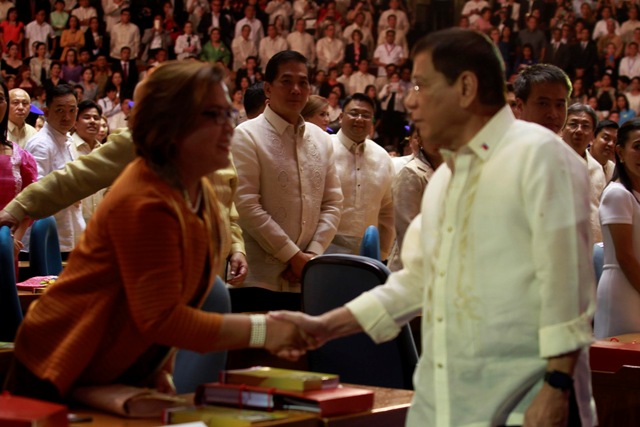 In front of policemen at a public event of the Philippine National Police on Wednesday, August 17, Duterte accused the female senator of having an illicit affair with her married driver, Ronnie Dayan, who was apparently collecting drug protection money from Bilibid. The 71-year-old President also insisted that Dayan is a drug user.

On Thursday, August 18, Duterte said he will not press charges against Dayan as he can turn him to a witness against De Lima.

Several reports have also shown two properties allegedly bought by De Lima for Dayan in Barangay Galarin in Urbiztondo in Pangasinan Province. According to reports, De Lima purchased a two-story white house for her and Dayan as well as an orange bungalow for Dayan’s children.

When asked by reporters regarding the issue, De Lima insisted that she doesn’t own the properties.

The former human rights head is scheduled to head a Senate inquiry on extra-judicial killings under the Duterte administration. In the past, the female senator also alleged that the President is behind the Davao Death Squad.

According to Cam, Dayan collected around P5 million a week from drug lords Jaybee Sebastian and Peter Co inside the prison.