While many poor kids in the Philippines do not get the opportunity to study high school, there are inspiring ones like Meriza Mamaril who not only score a scholarship in a private high school, they also excel in their studies and graduate with flying colors!

Meriza hails from a poor family whose means of living is to sell/deliver eggs by day and sell ‘kwek kwek’ (a popular street food) by night. A brilliant student, Meriza was able to obtain a scholarship at Miriam College, a private school in Quezon City, Philippines.

Knowing how doubly hard her parents work so she could graduate from high school, Meriza also did her best in her studies despite feeling a little left out from her rich classmates. The family’s hard work and dedication have paid off with Meriza’s graduation – as valedictorian of her class! 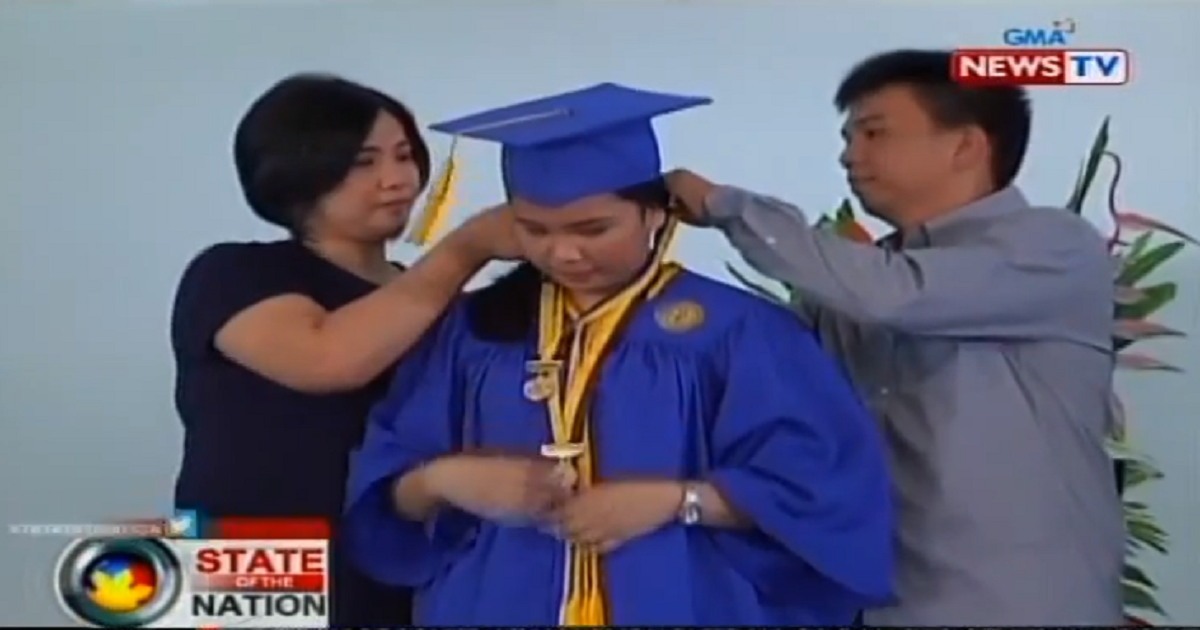 Isn’t that quite inspiring? Meriza and her family simply show us that it is possible to reach your dreams if you simply work hard for it. Of course, there’s still college awaiting the family and such would be an even bigger hurdle yet they had already proven that they could make it with great effort and sacrifice.

Surely, being valedictorian will open more doors for Meriza in college, in terms of scholarships and other academic grants. We surely know she’s going to make it through college with flying colors once again! We can’t wait to make another feature story in 4 years about Meriza’s college graduation…

Congratulations, Meriza! May you continue to work hard to reach your dreams! We are praying for your success.

Watch the GMA News feature about Meriza and two other inspiring graduates of 2016 in this video:

What is a Valedictorian?

The valedictorian is the academic title given to the highest ranking student of the graduating class; however, this does not always mean that the student is the most intelligent student of the batch.

Depending on the ranking system used by the school, the class valedictorian might be appointed based on a number of factors, including numerical grade rating and points for participation in school, civic, or even religious activities.

This is the reason why awarding the valedictorian honor could be subject to controversy, especially because the rating differences separating the chosen valedictorian from the nearest competitors are small, leading to protests from some students/parents.