GENERAL SANTOS CITY, Philippines – When she started studying at the Mindanao State University in General Santos City, southern Philippines, taking up a course under the school’s Islamic Studies program, Asmin Abdullah revealed that she felt some discrimination because other students felt that her course was too easy.

She defends the course, saying that though other students have a low opinion on those who take up Islamic Studies, this did not come easy because it dealt with the politics, history, and economics of Islam. Asmin hopes that discrimination will be eradicated one day, especially because she feels that it is actually difficult to live as Muslim in this world where discrimination against Muslims abound. 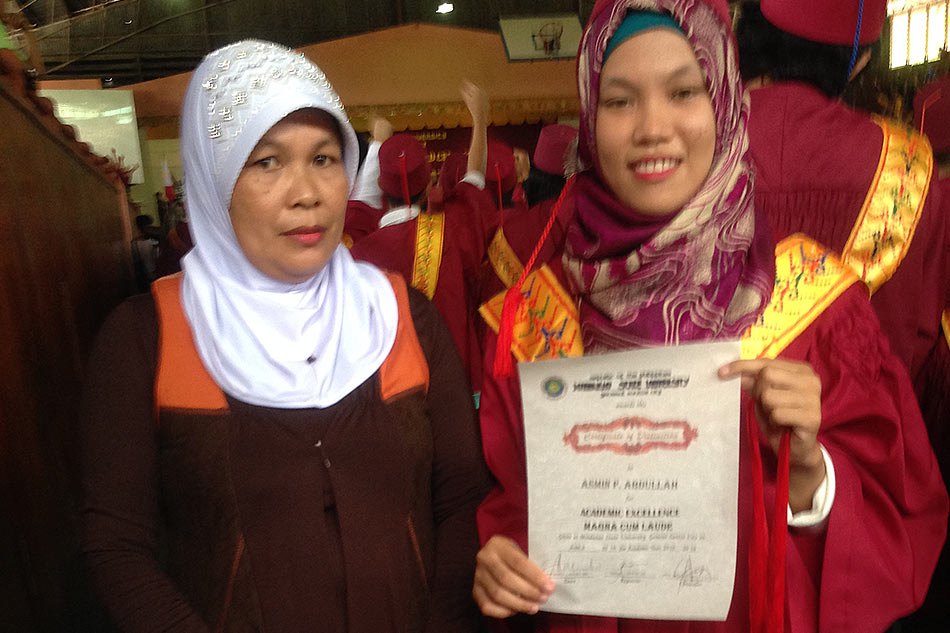 But Asmin’s inspiring story does not end there – because she is actually a daughter of a market vendor in Glan, Sarangani. Asmin’s mom Salma is also a single mother but despite their economic situation, she was able to work hard so she could send her kids to school for them to have a better chance at living their dreams and having a better life.

Asmin and Salma’s story inspires many of us to reach our dreams, no matter how difficult the circumstances might be. Both women are surely lucky to have each other. We could only hope that their lives will become better and that, as Asmin wished, discrimination against Muslims would soon come to an end…