A man in the United States has formally filed a case after an officer smashed his face against a police car windscreen. It was done in such a violent manner that the windshield actually cracked.

According to reports, the incident happened in Lorain, Ohio where Pele Smith was being escorted to the patrol vehicle while he was handcuffed. The dash cam footage was eventually obtained by WKYC, Unilad said.

The also site said that “Smith was arrested while police were investigating drug complaints in the area, but instead of placing him in the backseat, the escorting officer threw him violently against the windscreen causing it to shatter.” 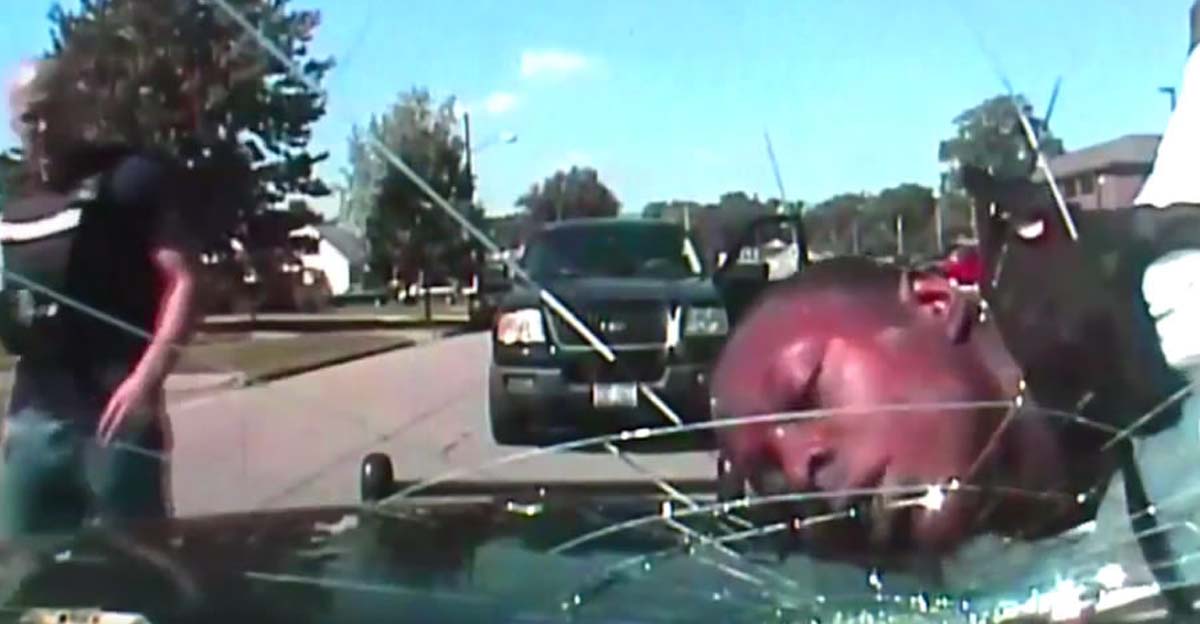 Smith was later taken to the hospital for facial injury treatment but despite the cop’s abusive behavior, the police chief is actually defending him. Lorain Police Chief Cel Rivera released an official statement saying that Smith attempted to destroy the drug evidence against him and that he ‘physically resisted officers.’ The video, however, shows him speaking to his mother, telling her to ‘look after his son’.

Unilad further tells us that Smith “has been charged with tampering with evidence, obstructing official business, and resisting arrest.” He, on the other hand, has likewise filed a suit “against the city and the four officers citing excessive force.”

Smith specifically complained it was officers Zachary Ferenec, who slammed him into the windscreen, and Michael Gidich who taunted and insulted him while he was bleeding and being taken to hospital.

Chief Rivera, however, defended his cops and said that the department denies all these allegations, saying “I would caution observers to not rush to judgment. Although it’s not easy to watch, police officers explain all of their actions in their police reports.”

What Is A Dash Cam?

Dash cams, according to About.com, “are small video cameras that are typically installed either on the dashboard of a car, hence the name.”

The site adds that these devices “tend to be small and compact, offer very little in the way of frills, and have one laser-focused purpose: to record everything that goes on in or around your vehicle on the off chance that something might go horribly awry while you’re on the road.”