Like many kids living in the slums of the Philippines, Daniel Dejapin lived a rather difficult life. His parents did not care for their well-being and there were so many people going in and out of his own home that he’s gotten so confused and tired of it all that he ran away and lived in the streets at a tender age of 6!

Living in the streets, Daniel definitely had a harder life compared with the one at home but, somehow, this gave him more peace.

Thankfully, he was among the few street kids who were able to resist the temptation of escaping reality with drugs and solvents. He chose to sell roses. Despite the many rejections he experienced, he continued to sell roses and also attend school.

The only thing that motivated him to go to school was the constant urging of his friends to do so as this could help him get a better job and let him buy the things he would need. But graduating from high school was not his only dream.

He got lucky with a 2-year scholarship at Aguinaldo International School where he was able to finish high school. He went back home; amazingly, his mother had changed her ways; she would now wash and iron their clothes. Feeling loved, he grew more inspired to study.

Months before graduation, he applied to as many college scholarships as he could – and wouldn’t you know it? He received a United World College scholarship and was accepted at Robert Bosch College in Germany! 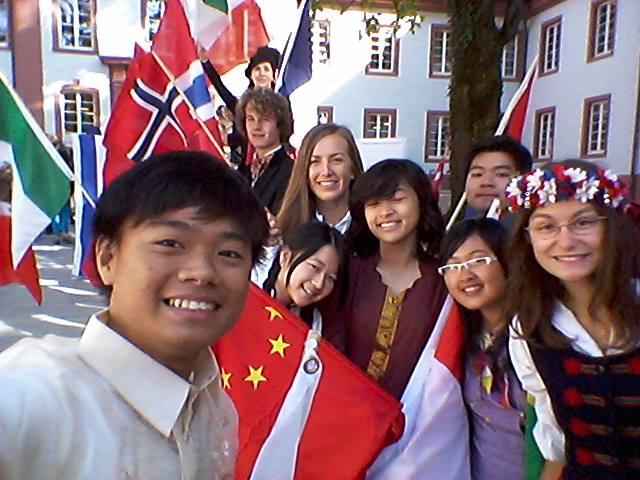 Isn’t that amazing? From a rejected street kid, Daniel would become a college scholar in Germany! According to Daniel, he wants to study Psychology and proceed to Social Work so he could help kids in the Philippines the same way that his teachers and social workers helped him out back when he was still living in the slums of Manila…

The slum area is an overcrowded urban district inhabited by very poor people.