Bored at work? Why don’t you try dancing? LOL. It does sound a bit crazy, especially if you are in an office. Your co-workers just might think you’re crazy if you start dancing in the middle of a rather busy shift.

But for one girl at a sari-sari store, things were a bit boring because there were very few customers at the time. Since she couldn’t leave the store or lock up early, she passed time by dancing to the beat of music blasting from some speakers in the sari-sari store.

In a video that has since gone viral on social media, this young lady could be seen making silly dance moves that soon had the internet laughing. Unlike the usual dance moves, this girl makes up her own hilarious moves and looks like she is really have a great time while dancing at the store. 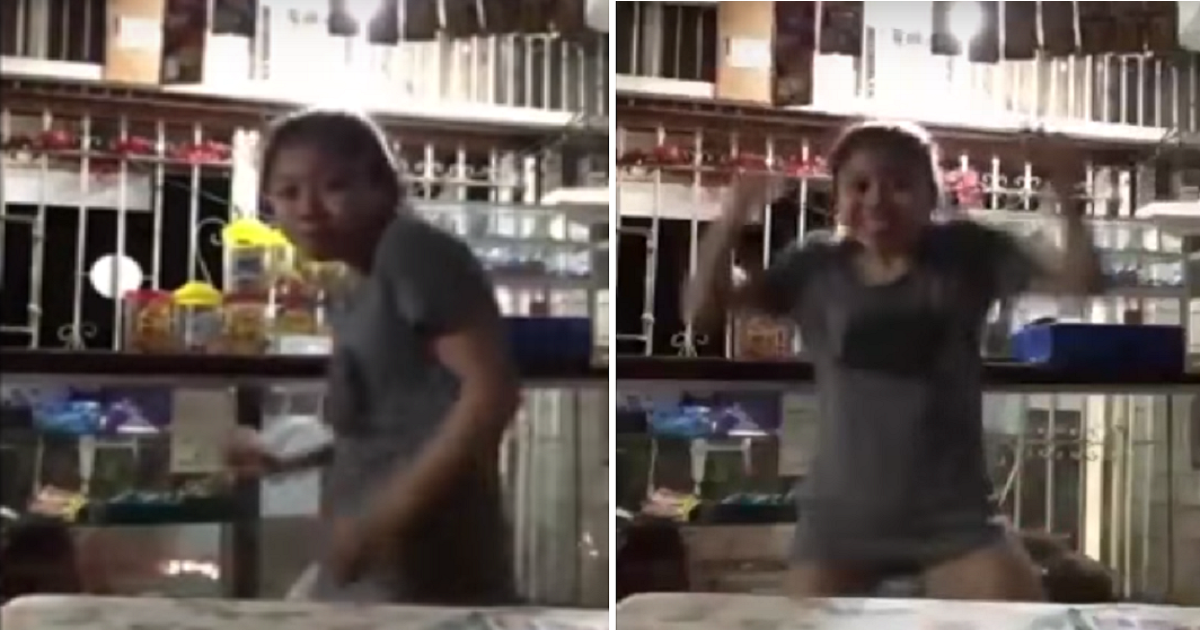 Composite of screenshots from video by Daily News II

It might surprise you to see this girl stopping to attend to a customer but she gets right back to dancing the moment the customer is away. Others might say that she should have cut those parts from her video to make the clip better but many also said these short interruptions weren’t really bothersome and that these even made the video more believable.

What can you say about her dance moves, eh?

Who is Elizabeth Ramsey?

Some netizens who watched the video commented that the girl is similar to the late Elizabeth Ramsey who knew how to draw laughter from the audience, even with just her facial expressions. The Filipina stand-up comedian is also known for Visayan accent despite speaking English or Filipino, something that is also heard in Nanay Dionisia Pacquiao, the mother of boxing champ Manny Pacquiao.