Dagupan City, Philippines- Danica May Garcia, 5, is the latest fatality in the government’s all-out war against illegal drugs. On Tuesday, August 23, the young girl’s life was cut short after being hit in the head by a stray bullet of an assassin attempting to kill her 54-year-old grandfather Maximo Garcia, a drugs suspect in their area.

Danica was about to go to school at the East Central Elementary School in Dagupan City, Pangasinan when the unfortunate incident happened. 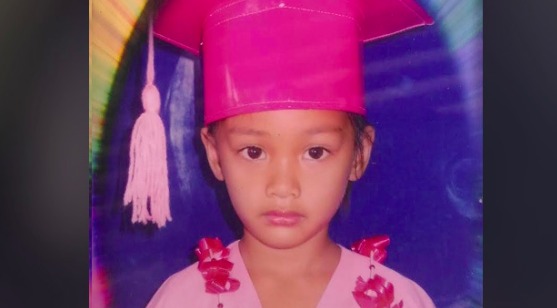 According to a report by Rappler, Maximo was eating lunch with his wife, Gemma and three other grandchildren when two men in motorcycle suddenly entered their house in Sitio Camanggaan, Barangay Mayombo in Dagupan City. Two gunshots were initially fired followed by unstoppable shootings.

Danica, who was getting ready for school, was hit in the head while stepping out of their makeshift bathroom. Apparently, the bullet hit Danica’s nape and passed through her right cheek.

(A man on board a motorcycle stopped and fired shots.  He went after my father but unfortunately hit my innocent niece.)

Based on the initial investigation of Dagupan City Police, Maximo’s apparent involvement in the illegal drug trade might be the motive behind the attack.

After learning that his name was included in the drugs watch list of the Barangay Anti-Drug Abuse Council (BADAC), Maximo surrendered to authorities last week.

(This group of syndicate, they are the ones fighting each other. We have created a group to identify who are the ones killing.)

However, Maximo’s family questioned his inclusion in the BADAC Drugs Watch List saying that the former tricycle driver stayed at home most of the time after being partially paralyzed due to mild stroke.

Danica is the latest collateral damage in the Duterte administration’s war on drugs.

What is collateral damage?

Collateral damage refers to deaths, injuries, or other damage caused on an unintended target.