The “Dad of the Year” award goes to Jason Hilley, the 39-year-old dad who wore short shorts to teach his 14-year-old daughter a lesson about her choice of clothes.

At 14, Kendall certainly enjoys a different fashion sense than her parents, but dad does not approve of the too-short shorts she loves to wear. He tried to let her buy new shorts online, specifically telling her to buy longer ones, but she ended up with the short, tattered denim shorts still.

But Dad Jason saw her wearing a pair of short shorts again as she asked to go out with friends.

“I said, ‘Well, Kendall we had this discussion. You aren’t going out in those shorts. Go back in your room and put on your new ones,’” he revealed.

Her response surprised him, “These are my new ones.”

Deciding that it was best to teach the lesson through example, and some reverse psychology, Dad Jason came up with a plan. He and 8-year-old son Walker found old jeans that he cut, creating shorts similar to that of his daughter. 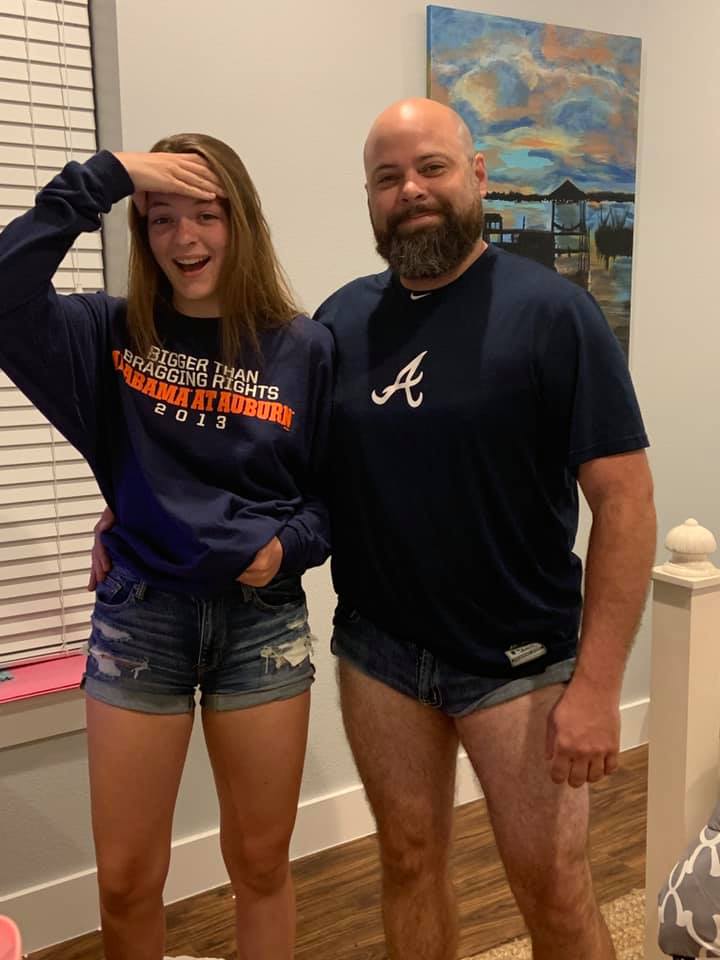 Now in perfect ‘twinning’ outfit with his daughter, Dad Jason went to Kendall’s room to announce that he’s going to wear these shorts to pick her up at school every single day. Mom Alison Hilley made sure to film the whole thing – and it really was hilarious!

While Kendall appears to be mortified by the sight of her dad in such itty bitty shorts, she gamely posed for the camera with him – albeit still looking rather embarrassed by it all. LOL.

“These aren’t even that short!” the teen tried to explain.

But dad had a ready response to that, “Noooo neither are mine!” LOL.

For many teens and even adults, buying the latest fashion trends is something that would certainly make them happy. You can find the latest outfits in shopping malls, particularly in fashion boutiques.

But parents don’t always approve of the latest fashion, resulting in a clash that many attribute to ‘generation gap’.