A loving dad broke his piggy bank to bail out his son who broke the lockdown order in Malaysia. But the action drew mixed reactions from netizens.

In many places across the world, governments issued a lockdown order to help stop the spread of COVID-19. People are prohibited from going out, unless absolutely necessary. There are also curfews put in place to ensure that the people stay at home.

But even if the threat of the virus is all too real, there are still many people who break the lockdown order just for the sake of having fun with friends or doing something that isn’t a necessity, such as visiting loved ones. At the moment, such activities are prohibited. 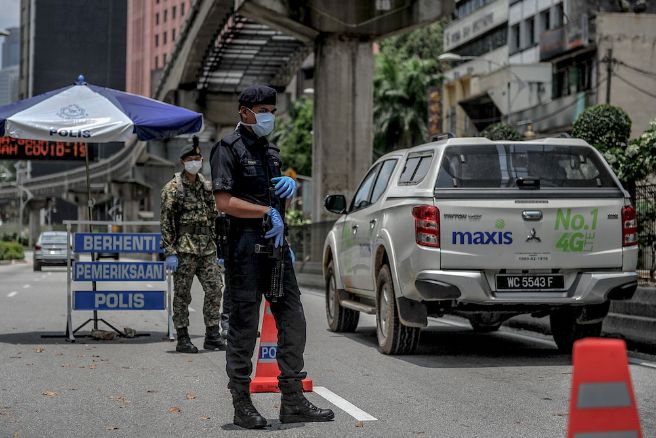 In Malaysia, anyone caught violating the lockdown law is given a ticket for fine of RM1,000 ($230) or spend time behind bars for the violation.

Siti Rohaiza who works at the District Health Office shared the heartbreaking story of how a dad paid his son’s lockdown fines in coins and small bills because he broke his piggy bank!

On April 15, Rohaiza received a bundle of RM1 bills and some RM5 notes with lots of coins that one man used to pay for the ticket. At first, c thought the man was pranking her and she got a bit angry that she had to count all that coins and small bills when there are so many people waiting for their turn to pay.

But her heart melted upon learning that the man had to do this because it was the only money he had. His 18-year-old son had apparently broken the lockdown order.

“I hope that the child will pay their parents back in the future. It was very sad to see a father break his piggy bank just to bail his child out of trouble,” Rohaiza wrote as she shared a photo of the man’s money.

The post went viral, with people praising the dad for keeping his son out of trouble and having to sleep behind bars that night. But many netizens were not impressed, however. A lot said that the man should have let this son pay for his error instead of bailing him out. At 18 years old, the young man is certainly adult enough to realize and pay for his mistakes…

What’s the Age of Responsibility?

The so-called ‘age of responsibility’ is the same age as when a person is considered an adult in a legal sense. In many countries, this is pegged at 18 years old. At this age, young people are considered as capable of accepting responsibility for their actions.