The beautiful moment of a dad and his daughter dancing in front of the Notre Dame Cathedral just moments before the fire has touched so many netizens’ hearts. Captured on camera by a passing tourist, the lovely moment was one of the last beautiful images taken before the cathedral was damaged.

Tourist Brooke Windsor, 23, was among the last people to have visited the cathedral in its full glory. She estimates that she had taken the photo about an hour before the fire broke out on the iconic cathedral’s roof and caused massive damage to its structure.

The fire is out now, but the cathedral suffered a lot of damage. Its spire was gone; its roof suffered major damage. The gold cross and the stone structures remain intact, of course, but much of the interior was blackened by the fire. 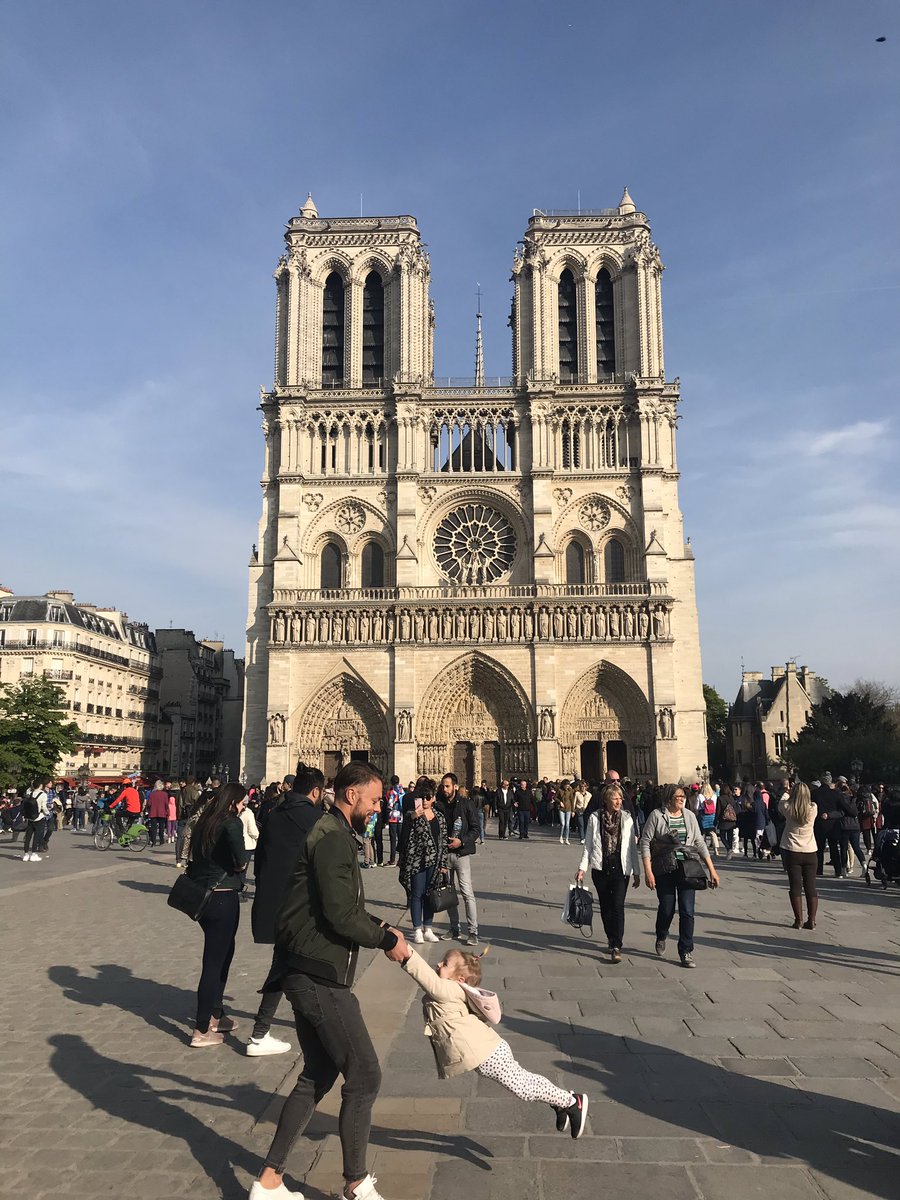 The internet was impressed by the Parisians’ reaction to the incident. Even as the fire was still raging, several notable French figures have already pledged to donate millions of euros for the cathedral’s restoration.

While the firefighters were also working on saving the cathedral, hundreds of people gathered outside to sing hymns! They serenaded the Gothic structure which has been part of their history and culture for 850 years.

Many celebrated the beautiful moments they spent at the cathedral – and that’s exactly why Brooke’s tweet also went viral. The photo of the father and his daughter, playing and dancing with such abandon outside the cathedral became a symbol of hope and happiness.

“I took this photo as we were leaving #NotreDame about an hour before it caught on fire. I almost went up to the dad and asked if he wanted it. Now I wish I had. Twitter if you have any magic, help him find this 🙏🏼,” Brooke wrote on Twitter, sharing the beautiful photo.

It was received positively by most netizens.

“This is going to become THAT photo,” netizen Michelle Bhasin commented.

I took this photo as we were leaving #NotreDame about an hour before it caught on fire. I almost went up to the dad and asked if he wanted it. Now I wish I had. Twitter if you have any magic, help him find this 🙏🏼 pic.twitter.com/pEu33ubqCK

“If it were me, I’d want the memory. Hoping he feels the same way,” Brooke explained.

As of press time, the man and his daughter had not been identified yet, but many are hoping they would be because their photo was one of the sweetest taken before the sad incident that affected the Notre Dame Cathedral.